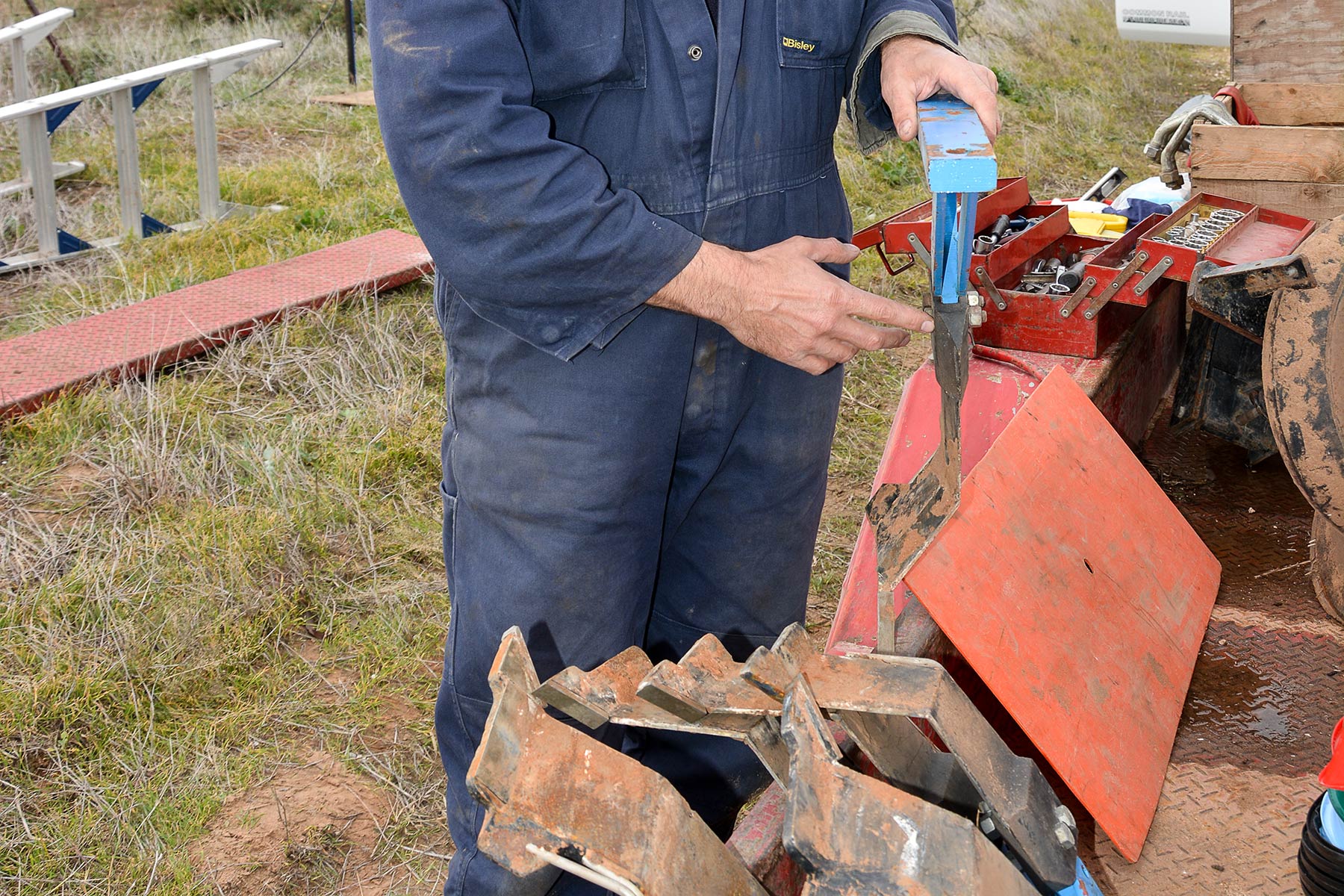 The effect of different soil openers on the efficacy of fungicide application to control rhizoctonia root rot were studied in the Murray Mallee in 2014 and 2015. Triple-disc seeders matched or exceeded knife point openers with both averaging 0.14-0.22t/ha yield response to fungicide. Scoops to move the top soil provided benefits at some sites but not others, the benefits were not associated with reduced Rhizoctonia. Dual-banding of fungicide on the surface and 3-4cm below the seed provided the best yield response.

Rhizoctonia root rot, caused by Rhizoctonia solani AG8, is a significant soil-borne disease in cereals, particularly in lower rainfall areas and sandy soils. Rhizoctonia is generally thought to be worse in crops sown by disc seeders because discs often do not disturb soil below the seed which can restrict root growth, they also tend to push inoculum into the furrow rather than moving it off the rows. This has resulted in the limited adoption of disc seeders in districts where Rhizoctonia is a problem. Since liquid banding of fungicides has become an option for growers, the limitations provided by disc seeders may be able to be overcome.

The core objective of the project was to develop recommendations for growers on how to set up disc seeders, including the use of liquid delivery systems to apply fungicides, to minimise the impact of rhizoctonia root rot on the yield of wheat and barley crops.

Field trials were run in 2014 and 2015 (both low rainfall seasons) in the Murray Mallee with matching funding from the Grains Research and Development Corporation (GRDC) and SAGIT.

In 2014, three sites were sown near Lameroo, Geranium and Parrakie.

Dual banding fungicide was compared for single disc, double disc, triple disc systems and knife-point openers, with additional treatments within the disc openers including residue managers and shallow scoops to move the top soil (which contains most Rhizoctonia inoculum) away from the seed row.

In 2015 two field trials were conducted, one each near Geranium and Moorlands. Uniform® fungicide was dual banded with the following soil openers; knife-point, narrow point (Atomjet), bent leg, single disc, triple disc and triple disc with a shallow scoop. The fungicide was applied at seeding as a dual band on the furrow surface at 200ml/ha and at the base of the furrow at 200ml/ha. Additional variables were tested within the single and triple disc systems including speed, fungicide placement and herbicide treatments. The selected treatments provided a range of soil disturbance options above and below the seed, and fungicide/fertiliser placement scenarios.

In 2014, the best yield responses were obtained in the triple disc plus fungicide treatments including plus scoop in the Parrakie trial, averaging 0.22t/ha above the control.

In the 2015 Geranium trial the fungicide treatment produced significant yield responses averaging 0.22t/ha across all soil opener treatments except the bent leg.

These yield responses were small compared to the significant increases in root growth on-row, averaging 65 per cent, and reduction in Rhizoctonia of 55 per cent. This is thought to be due to the dry spring experienced in 2015.

The best treatments were knife-point, narrow point (Atomjet) and triple discs, with triple discs generally matching the yield of knife-points in paddocks with or without fungicide.

The 2015 Moorlands site was severely frosted in September, which killed most heads in the boot and meant full trial results could not be obtained.

Removing the top three to four centimetres of soil away from the seeding furrow using a scoop in front of the triple disc did not produce any disease or yield benefits at Geranium, however it did significantly improve crop establishment in the Moorlands trial which had non-wetting sand (any effect on yield could not be determined due to frost damage).

By incorporating data from previous GRDC trials, a positive relationship was found between seasonal rainfall and yield response from fungicide, with with yield responses in wheat increasing from 10 to 40 per cent as growing season rainfall increased from 200 to 400mm. Yield responses in barley were greater than wheat.

The adoption of disc seeders has been limited in regions where Rhizoctonia is a problem, however the introduction of liquid fungicides to control Rhizoctonia may allow for this limitation to be lifted.

A range of disc seeder configurations were compared to knife points for fungicide control of Rhizoctonia at three sites in the Murray Mallee in 2014 and 2015.

The key findings for growers are:
• Fungicide application generally resulted in significant responses in yield.
• Triple-disc seeders matched or exceeded knife-point yields.
• The effect of scoops was mixed, with a positive response at two out of three 2014 sites but no yield benefit at Geranium in 2015.
• Dual-banding of fungicide on the surface and 3-4cm below the seed provided the best yield response.
• Fungicide application is more likely to produce a yield response in wet seasons compared with dry years. 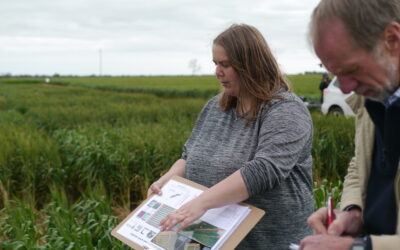