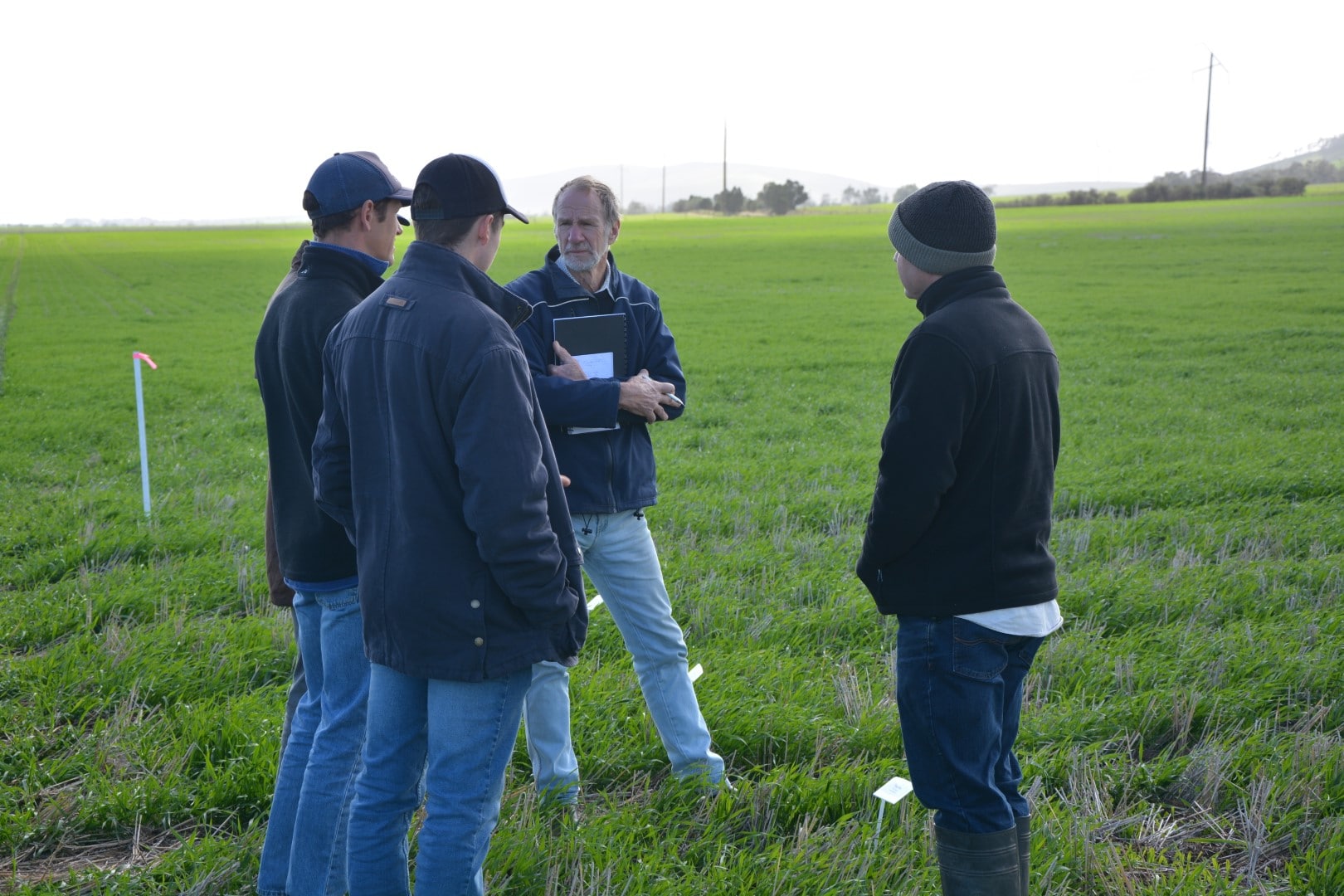 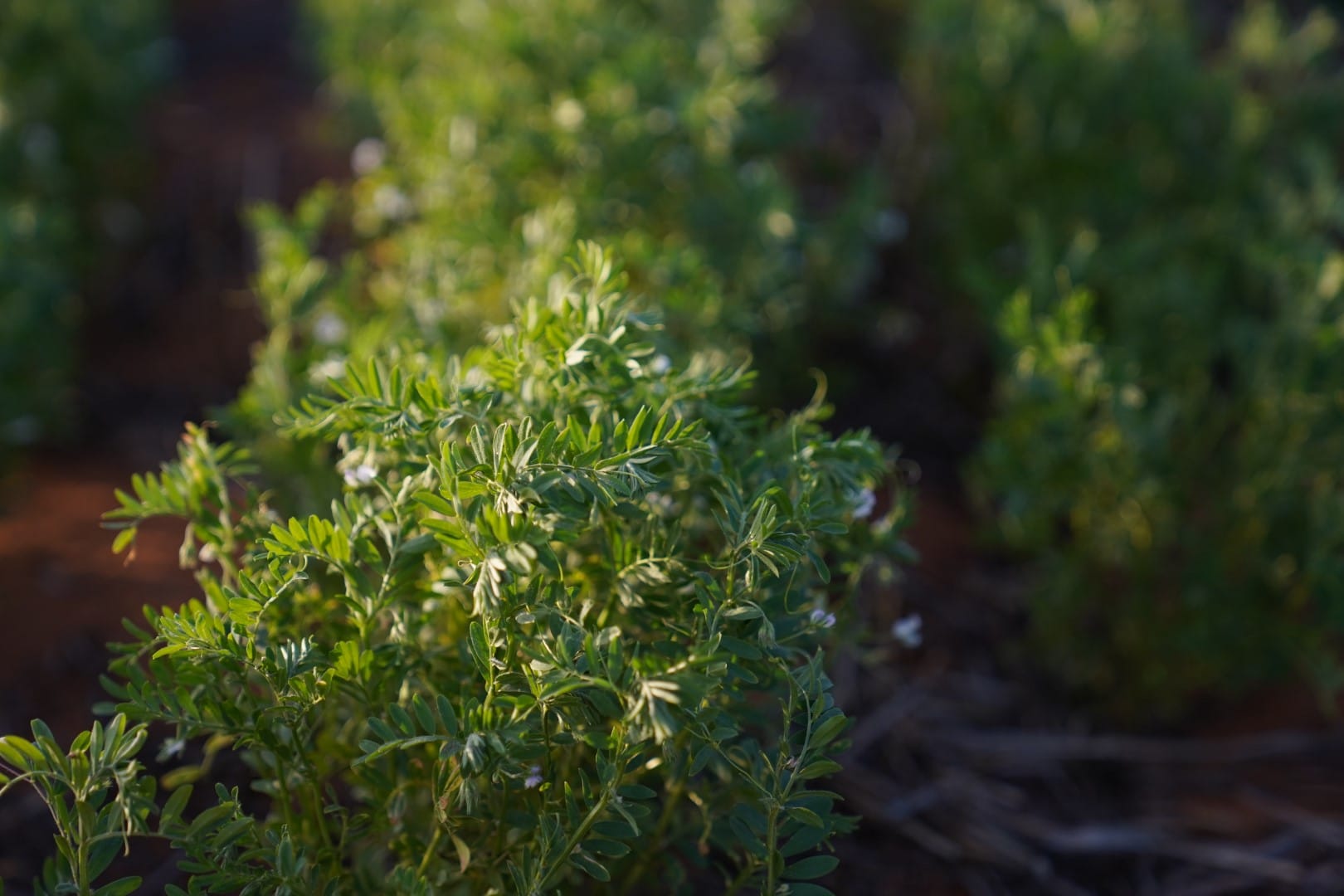 SAGIT is funded by a 30 cents per tonne voluntary contribution on all grain delivered by SA grain growers. Without grower support, there would be no SAGIT.

Research and development is supported in a range of areas.

SAGIT has always had a transparent and objective process of calling for projects and selection. The trustees appreciate it is grower money they are handling and therefore treat the selection process with the openness and transparency it deserves.

The trust is required to use the funds for research, development and extension into the growing, harvesting, storage, processing and marketing of grain in SA in order to increase profitability and sustainability of the grains industry. Preference is given to projects which provide benefit to South Australian growers, but is not limited to the state.

SAGIT also looks for projects that will provide more immediate outcomes for growers through development and adaptation of research. Project applications are assessed according to the following criteria:

Significance to the grain industry

Issues that are relevant to SA growers, marketers and processors and will provide environmental, social and overall benefits to the state gain precedence.

SAGIT considers previous and current spending in the area, other work underway and the likely technical and economic benefits. Consideration is given to the total funds requested and the cost:benefit analysis of research outcomes.

Will the data produced be in a form suitable for farmers? SAGIT also considers if and how broadly the research outcomes will be adopted.

SAGIT considers the market and how results will be delivered, including possible extension and how the project might encourage practice change.

Consideration is given to the scientific merit of the project.

Consideration is given to the performance history of the researcher or organisation, any barriers to success as well as the probability of achieving project goals.

SAGIT considers the new, novel or creative aspect of a project and whether it will add value to existing projects and knowledge or potentially lead to further innovation.

Other considerations include any potential royalty or intellectual property revenue, partnerships and leverage of funds and projects that will provide training opportunities with longer term benefits.

SAGIT is unique. No other state has a research fund supported by growers for state-based, grains industry research.

SAGIT has a board of four grower trustees and a trustee appointed by the Minister for Primary Industries and Regional Development. The organisation calls for research applications annually and the trustees decide how to spend levy money, taking into consideration issues affecting SA grain production and innovative ideas to progress the industry. Trustees receive specialist agronomic and scientific advice to ensure their decisions are well-informed and credible.

Successful projects are subject to a funding agreement with clearly defined key performance indicators. Regular contact between the trustees and researchers is maintained and independent scientific advice offered. SAGIT management provides a mentoring style approach with researchers including field visits to research sites to ensure quality of applications and research outcomes. Researchers are required to submit progress reports each year with a final report due upon completion of the project.

An annual report of how levy funds are spent is available to growers and provided to Grain Producers SA and the South Australian Minister for Agriculture to ensure correct management of growers’ money.

SAGIT is funded by a 30 cents per tonne contribution on all grain delivered by SA
grain growers. Without grower support, there would be no SAGIT.

Research and development investment of more than $1.8 million a year is supported in a range of areas, including grain growing, farming systems, soil management, harvesting, storage, processing and marketing and for dissemination of technical information to growers. 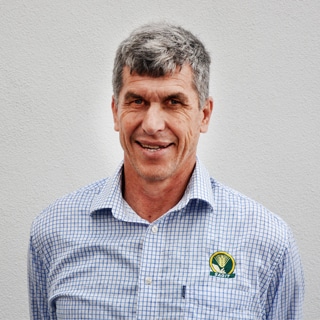 Max farms west of Ardrossan on shallow calcareous limestone soils. He has been farming since completing a Diploma of Agriculture from Roseworthy in the early 1980s. Max has been no-till farming since 1997, growing predominantly wheat, lentils and barley along with some chickpeas and canola. He has always had an interest in agricultural research and joined SAGIT to help ensure farmers’ levy money was directed towards research designed to make South Australian farmers more profitable. 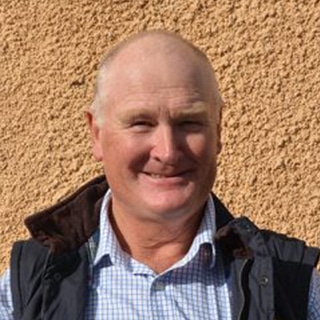 Bryan has farmed in two diverse locations – firstly, for 25 years at Laura in the state’s mid north and now at Nundroo on the far west coast. His current cropping program comprises 4000 hectares of wheat, barley and canola and he also runs 1500 Dorper ewes. Bryan’s interest in research and development grew following his adoption of direct drilling technology in the mid-1980s, and he has been regularly involved with on-farm trial work and field days. Bryan is also chair of Agricultural Innovation & Research Eyre Peninsula (AIR EP). 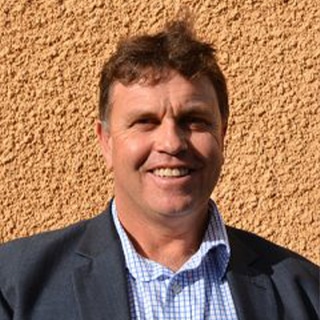 Ted has more than 28 years experience farming on a mixed property at Bordertown in the state’s South East. With wife Cathy and brother Bill, he farms a range of soil types producing wheat, faba beans, canola, barley, hay, prime lamb and wool. Ted has been involved with the South Australian No-Till Farmers Association, MacKillop Farm Management Group, Wolseley Ag Bureau, Tatiara District Council and the council’s development assessment panel. His farming operations have been zero-till for eight years and he is a strong advocate of soil health. 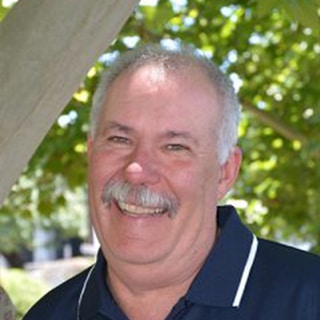 Former plant breeder and researcher and grower, Andy was appointed to SAGIT as the Group B Trustee by the Minister for Primary Industries and Regional Development. Andy farms at Pinery and has spent 30 years of his career working in plant breeding. He has been instrumental in developing more than 20 varieties of oats and barley and has held positions as a grower director of ABB Grain Ltd and on the GRDC Board and Southern Panel. In 2003, he returned to the Pinery property to manage the family farm. 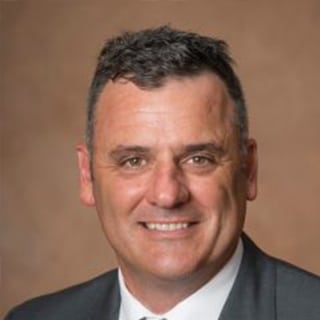 John brings substantial experience in agricultural research and business leadership to SAGIT. Formerly a genetics researcher, he has served as head of the Grape and Wine Rural Research Development Council as well as being Deputy Chair of Rural Business Support and a Fellow of the Australian Institute of Company Directors. He has a Master of Business Administration, a BSc (Hons) and PhD from the University of Adelaide and holds several other Chair and Non-Executive Board positions within the private and profit-for-purpose sectors. 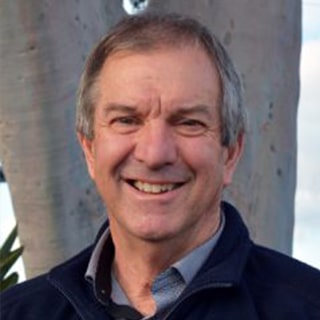 Malcolm has most recently been the Royal Agricultural and Horticultural Society’s Manager of the Rural Services Division. He has recently retired as executive officer for a number of rural organisations, however, remains as SAGIT’s Project Manager. 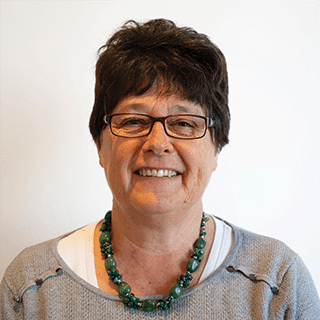 Jenny grew up on a farm and her husband runs an irrigated operation near Langhorne Creek. She began working for the Department of Agriculture after graduating university in the 1980s. Following a small break to start a family, she returned to the then newly formed South Australian Research and Development Institute (SARDI) in 1995 and has worked on a number of research projects for the Primary Industries and Regions South Australia research arm since then. 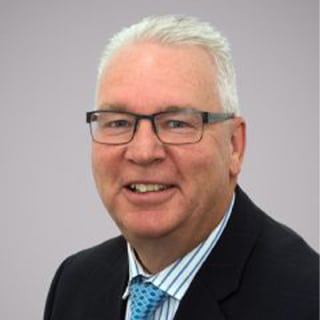 Kenton is a chartered accountant, fellow of the Taxation Institute of Australia, tax agent and holds a Bachelor of Economics from the University of Adelaide. He specialises in taxation consulting and business services to small to medium businesses. His role for SAGIT includes managing the accounting and reporting functions to meet the requirements of the PIFS regulations. 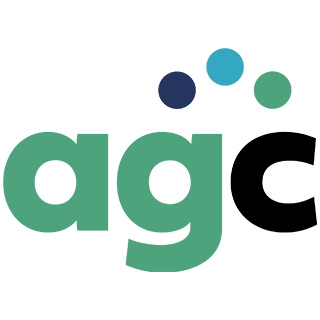 AgCommunicators provides communication and marketing expertise to link research to growers. This is through research summaries, videos, social media and more. Our aim is to communicate SAGIT funded research outcomes in creative, engaging, interactive and fun ways.

South Australian grain growers are proactive when it comes to supporting research and development to boost the industry’s productivity.

Growers first made voluntary contributions in 1983 for grain research at the rate of 12 cents per tonne under the former Grains Research Trust Funds Act.

When the Grains Research and Development Corporation was established in 1990, the Federal Government agreed to return the money collected from SA growers to them – a total of $4.066 million – provided it was spent on wheat and barley research.

A proposal was developed by the former United Farmers and Stock Owners to establish a trust to manage the returned funds. The new trust became responsible for the SA Grain Industry Trust Fund and collection of the levy continued.

SAGIT is proud of the contribution growers have made to South Australian research, development and extension.

Throughout SAGIT’s history, we have supported, funded, encouraged and strived for results. The achievements of SAGIT-funded research are many. Developments in soil DNA diagnostics resulted in the Predicta B test and the practical elimination of cereal cyst nematode and take-all soil diseases. Foundational support of organisations such as the South Australian No-Till Farmers Association and the Society of Precision Agriculture Australia enabled them to become self sufficient and grow. Modern advances in technology have seen equipment such as microwave and X-ray used to progress farming. These are just a few to which SAGIT has contributed.

SAGIT has long been a champion of innovation. We pride ourselves on considering all applications – the research projects that need a kick-start, the researchers who would not be able to secure larger scale funding but have a valuable idea that will work at a local scale, and those who have already proved their work is valuable and need to take it to the next level.

Being a grower-run organisation, we understand the needs of growers. We know what works in the Mallee will not necessarily work on the Eyre Peninsula and we know how important it is for researchers and extension specialists to work directly with growers to achieve the best outcome for all.

The foresight and wisdom of SAGIT’s founders have placed this state in good stead to lead the way in grain research. However it is the growers who continue to support SAGIT, pay their levy, allow trials to be sown among their own crops and attend numerous field days and crop walks – they are the true champions of innovation.