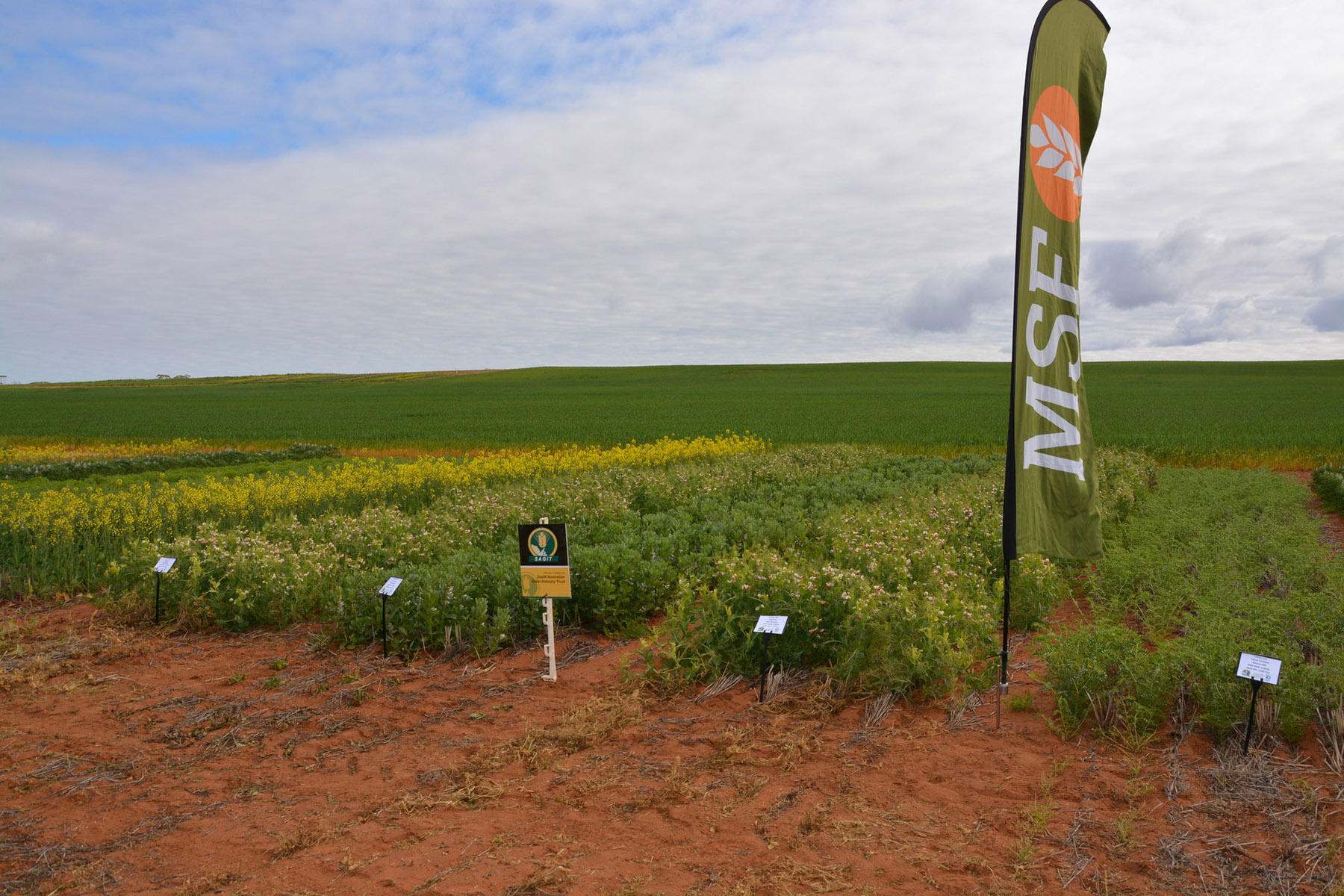 Break crop performance was assessed over three years and across four soil types in the northern Mallee of SA to identify the most appropriate break crops for local farming systems.
It was found that the season and soil types had more impact on productivity than crop choice, although the potential of high value pulses was demonstrated with gross margins of more than $600 per hectare for the three seasons for lentils and chickpeas.

There was a push by farmers in low rainfall zones to increase the proportion and diversity of broadleaf break crops in their rotations, but very little information available to support the selection and management of those options in low rainfall environments.

The core objectives of the project were to:
• Compare broadleaf break crop performance across four soil types and over the course of three years in the northern Mallee of South Australia.
• Compare break crop productivity and profitability on major soil types in the northern Mallee region to identify the most appropriate break crops for local farming systems.
• Provide local farmers with information on the relative productivity and profitability of legume break crops for low rainfall regions.

The trial sites each had two contrasting soil types – Waikerie had a heavy red-grey soil with limestone from 20-30cm below the surface, and a red sandy loam located mid-slope; Loxton had a deep yellow sand located on the top of an east-west dune, and a red loam located in a swale.

Trials were sown soon after the season break into moist soil to ensure successful inoculation, with crop treatments at each site managed independently to ensure they had every opportunity to reach their potential.

All crops were machine harvested across multiple dates in each season to ensure grain yield was measured soon after crop maturity and to minimise any losses. Gross margins were then calculated for each treatment using the Rural Solutions Farm Gross Margin and Enterprise Planning Guide.

Productivity-wise, averaged over all soil types and across all three seasons, field peas came out on top with an average yield of 1.3 t/ha, while albus lupins were the worst at 0.6 t/ha.

There was however a high level of variation in break crop yields due to seasons and soil types. The average yield of all break crops in 2016, for example, was nearly four times greater than that in 2015 and 2017. The loamy soil of the Loxton flat site proved most productive across the three seasons, with the sandy soil at Loxton only achieving 60 per cent of the yields achieved on the loam despite only being located 250 metres apart.

In terms of profitability the standouts were desi and kabuli chickpeas and lentils, which averaged more than $600/ha across three seasons and $1000-$2000/ha in 2016 when high yields and high prices coincided.
Vetch, field peas and canola had good gross margins across the trial years, averaging gross margins of $300, $250 and $200/ha respectively. Field peas showed the most variability when it came to profit, ranging from $700/ha in 2016 to a loss of $50/ha the following season.

Once again, soil types had a large impact on profitability, varying by more than 50 per cent between soil types.

Findings from the project showed that the productivity of nine break crops across three seasons and four soil types was similar, with season and soil type having a greater impact on productivity than crop choice.

It was determined that seasonal conditions had the greatest impact on productivity, with yields being almost four times higher in a high rainfall season than a low rainfall season.

The yields of break crops showed up to 60 per cent variation between soil types, with production on deep sand consistently poor and approximately half of that on nearby loam soil.

Average lentil and chickpea gross margins were more than $600 per hectare for the three seasons, showing the potential for high value pulses in the region.

Overall, the high price and yield variability highlights the need for a diversity of break crops to be available.

Growers in low rainfall zones were looking to increase the proportion and diversity of broadleaf break crops in rotations, but there was very little localised information available to support break crop selection and management in those environments.

Broadleaf break crop performance was assessed over three years and across four soil types in the northern Mallee region of South Australia. 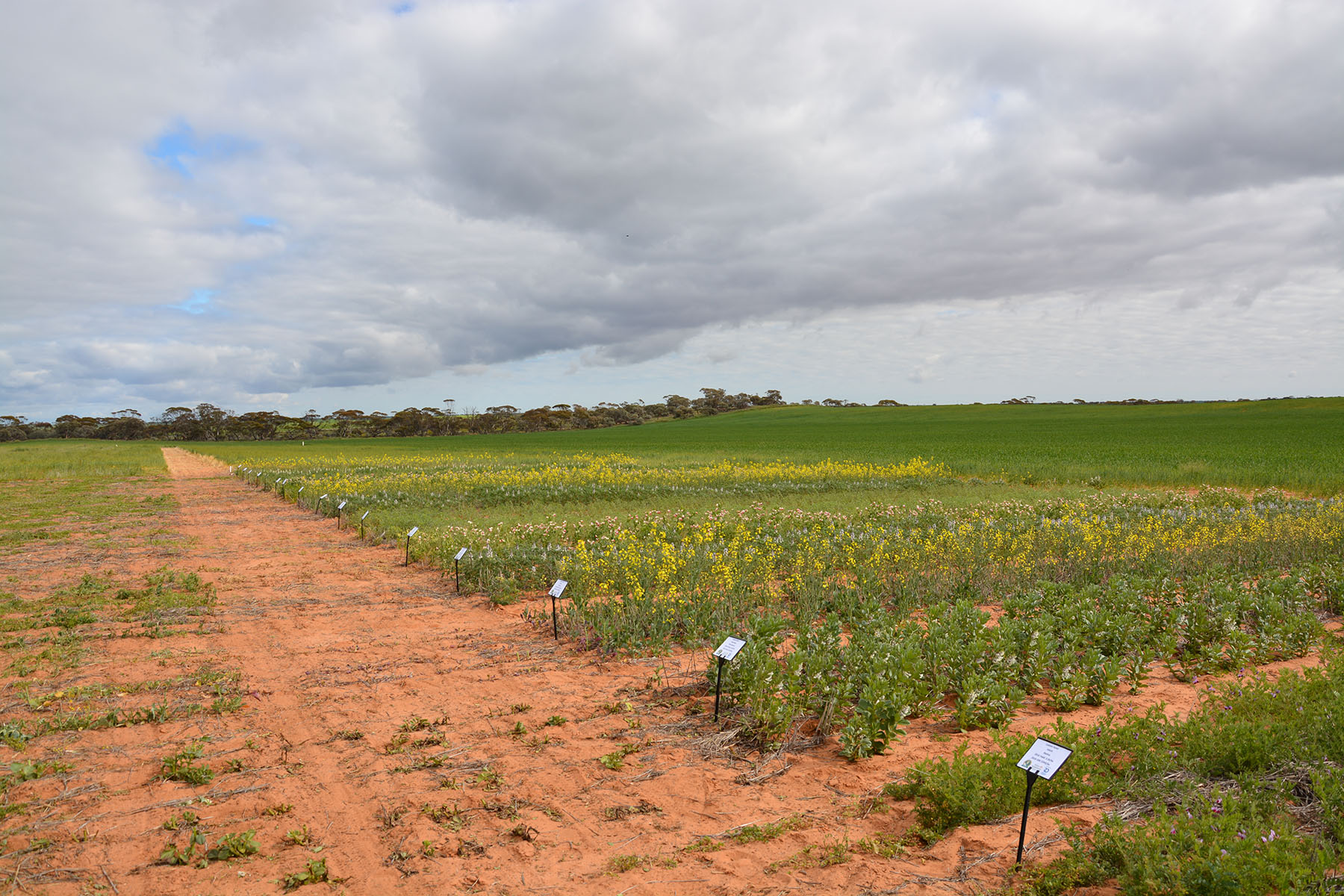 Data generated from the trials allowed productivity distributions for each crop to be made and disseminated, fostering a better understanding of the profitability expectations and risk of break crops grown in the northern SA Mallee region.

Outcomes and information from the project were also distributed to other low rainfall regions in SA, including the southern Mallee and Eyre Peninsula region.

The trial sites at Loxton and Waikerie have been a popular location for field days and generated much discussion between local farmers. They were also visited frequently by ag bureaus and local consultant groups.