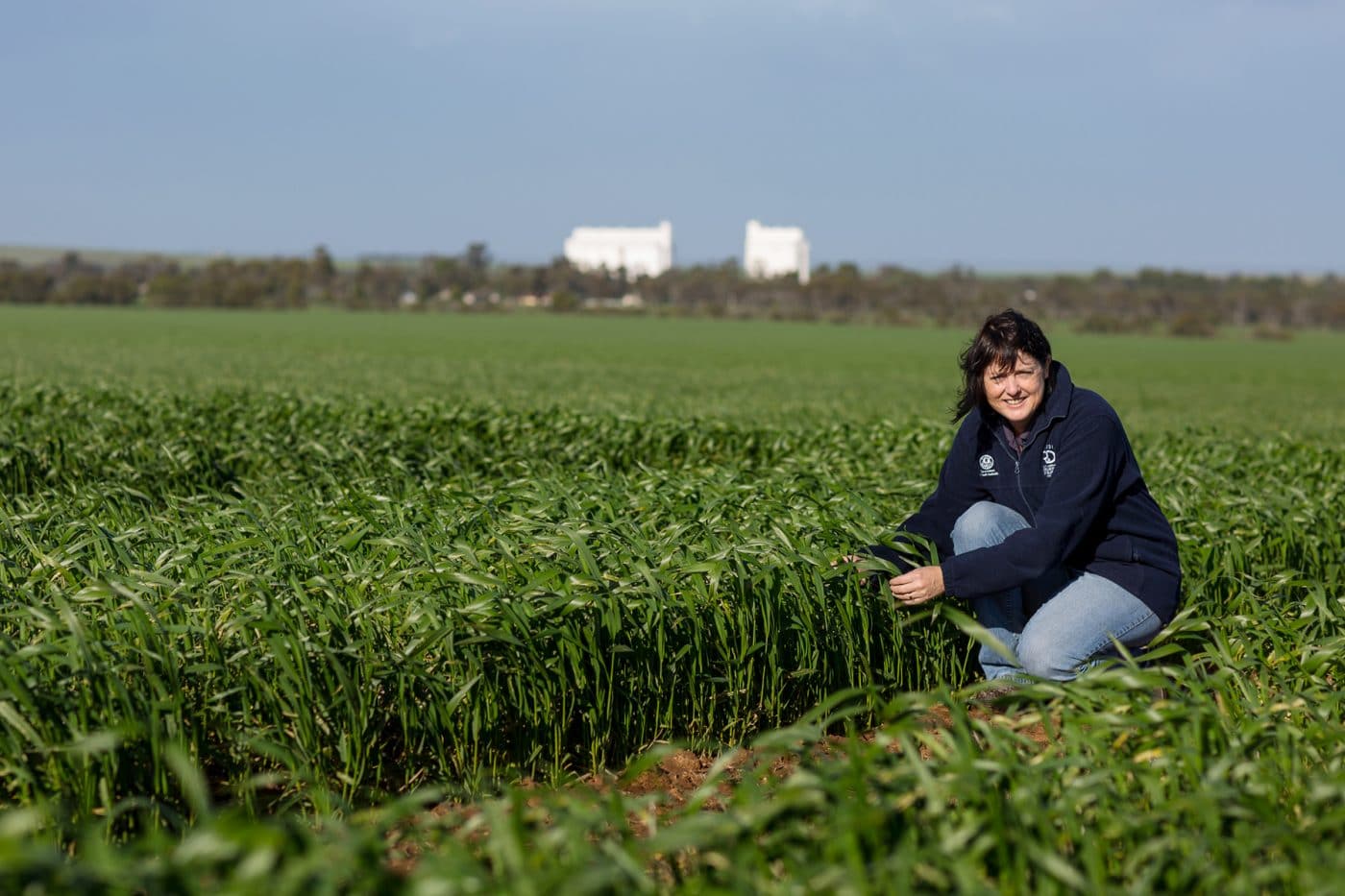 SARDI demonstrated the combined value of management practices which reduce the impact of rhizoctonia in typical upper EP and Mallee environments.

Broadacre demonstrations on the Eyre Peninsula, at Piednippie (near Streaky Bay) and Warramboo, and in the Mallee, at Wynarka, researched methods to reduce the impact of rhizoctonia in farming systems.

Strategies used to minimise rhizoctonia inoculum levels included grass-free break crops in a rotation, such as canola, fallow, vetch and medic, while controlling the green bridge before seeding.

In 2012 and 2013, rotation options using canola and medic/fallow reduced rhizoctonia inoculum in the following cereal crop, validating previous trial research. At Piednippie in 2011, wheat yields were the same under both rotations. However the gross margin result was higher for the medic/wheat rotation because the variable costs were greater in the canola (see table. For economic analysis, see appendix).

Fungicides
Performance of new fungicide products released in 2013 for rhizoctonia suppression was variable. Some products performed only marginally better than the controls.

At Warramboo, the fungicides used produced significantly lower rhizoctonia patch score but not lower rhizoctonia root infection. The economic evaluation showed the selection of fungicide was important when evaluating yield and input costs. The cheaper EverGol Prime gave an improved gross margin due to an increase in yield and lower input costs, while the use of Uniform gave minimal improvement in gross margin over the control despite an increase in yield.

At Wynarka, there were no differences in plant growth, rhizoctonia seminal or crown root scores, grain yield or grain quality between the control and the fungicide treated crops. While there was some gross margin improvement when using fungicides, this financial improvement was minimal when comparing the three year rotational gross margin.

Banded in-furrow fungicides were more effective than seed treatments, and new products at higher rates were also effective. Yield responses to fungicide treatments in both wheat and barley occurred however visual rhizoctonia patches were still present in treatments. Tillage, starter nitrogen and zinc produced similar yields to many of the fungicide treatments.

A survey of EP and Mallee growers found they consider rhizoctonia when making planting decisions, and the use of break crops, fungicide and green bridge control, to manage rhizoctonia had increased.

There are a number of different strategies for reducing rhizoctonia inoculum. However deciding on the most efficient and cost-effective strategy can be difficult.