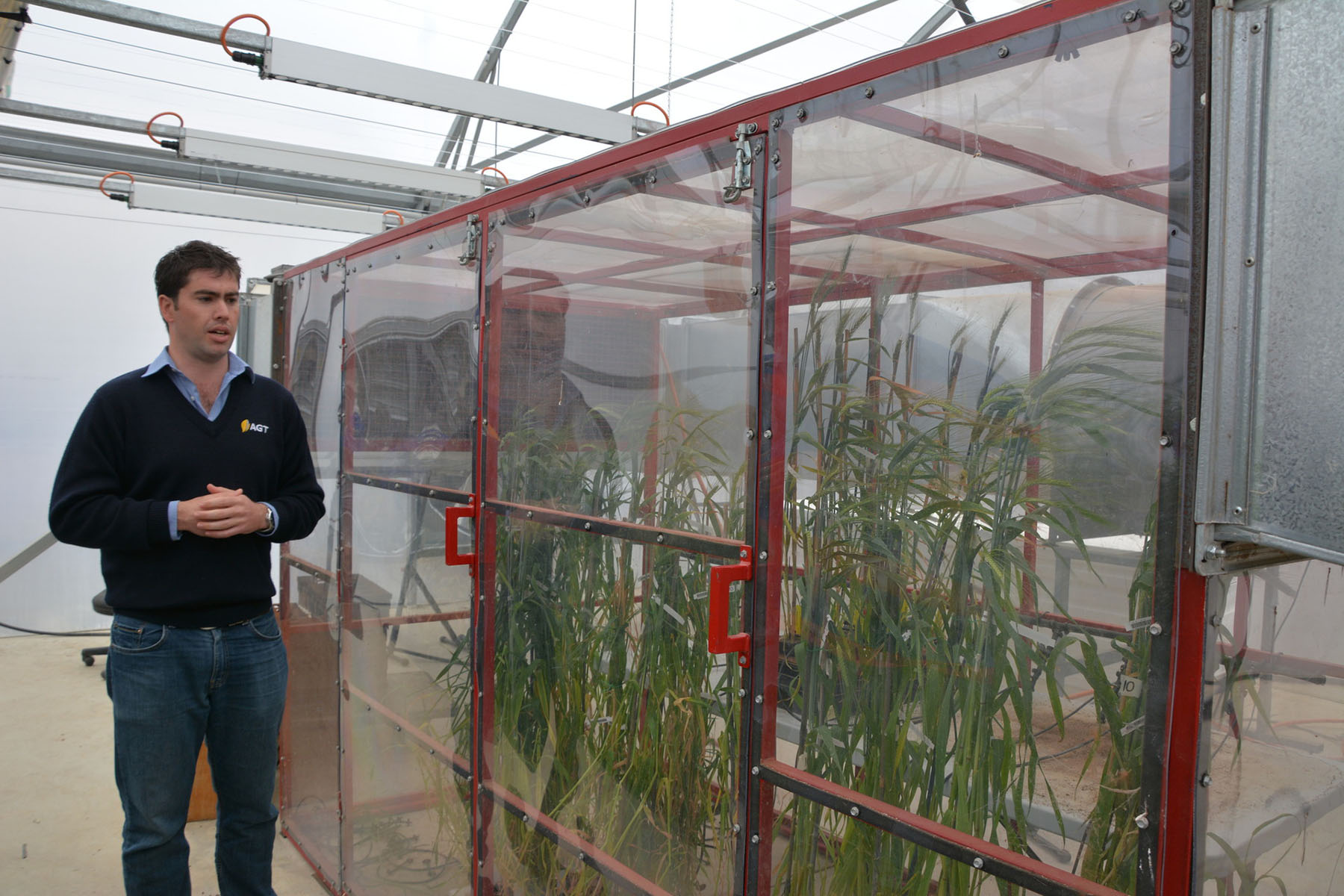 A set of 101 genotypes (including four wheat genotypes), were screened in a greenhouse in 2015 and 2016. Results confirmed the potential for yield loss from heat stress and differences in response between different barley varieties.

Field trials in 2016 provided limited results due to low heat stress conditions in that season, but did confirm that the relationship between heat and yield is complex and non-linear.

Heat stress conditions are common to many areas of Australia and particularly southern Australia. Southern Australia, which has a Mediterranean climate with spring typified by increasing high temperatures as the season proceeds.

This period also aligns with important developmental stages in cereal crops such as wheat. Flowering is known to be sensitive to high temperatures with pollen viability adversely affected and seed set can subsequently be reduced if high temperatures are experienced.

A previous SAGIT-funded desktop study, incorporating 600 experiments between 2006 and 2011, found the effect of heat stress on wheat was a yield loss of 837 kilograms per hectare per day above 35 degrees Celsius during flowering and 179 kg/ha per day above 35oC during grain fill.

A set of 101 genotypes (including four wheat genotypes), were screened in a greenhouse in 2015 and 2016 at Roseworthy, facing three consecutive eight-hour days at 36oC and wind speeds of 40kph.

Twelve of the varieties were excluded from the field studies due to poor plant types unsuited to the southern Australian environment, with 89 varieties tested in four environments in the 2016 growing season.

The four field environments at Booleroo (southern Flinders Ranges), Roseworthy (University of Adelaide, Roseworthy Campus), Winulta (Yorke Peninsula) and Angas Valley (mid Murray) were used to validate the findings. At each location, climatic co-variates were measured to enable evaluation of the impact of stress across environments and evaluate individual genotype response to changing temperature conditions.

2016 was characterised by low heat stress, high rainfall and high yields at all four trial sites and across South Australia, leading to poor conditions for testing heat stress response.

The greenhouse screening found statistically significant heat stress responses and differences in varietal responses. Key measures of yield including thousand grain weight, harvest index and green leaf area were adversely affected by the heat stress treatment, and several of the traits measured were also found to have a significant genotype interaction.

In the cool, high yielding 2016 season, there were insufficient heat stress events to fully evaluate the heat stress response in the field trials. A non-linear response to heat was found, with yield showing a positive correlation with the number of days above 30oC during anthesis and grain fill. There were no days above 35oC during anthesis at any site and between zero and 2.6 days above 30 degrees. It is thought that because of the high rainfall and low temperatures, the increased temperature conditions may have been associated with improved growing conditions below what would be considered stressful, and potentially leading to reduced water logging, less lodging, and therefore higher yields.

Barley varieties were screened in greenhouse trials in 2015 and 2016, and in four field locations in 2016 to assess varietal responses to heat stress. 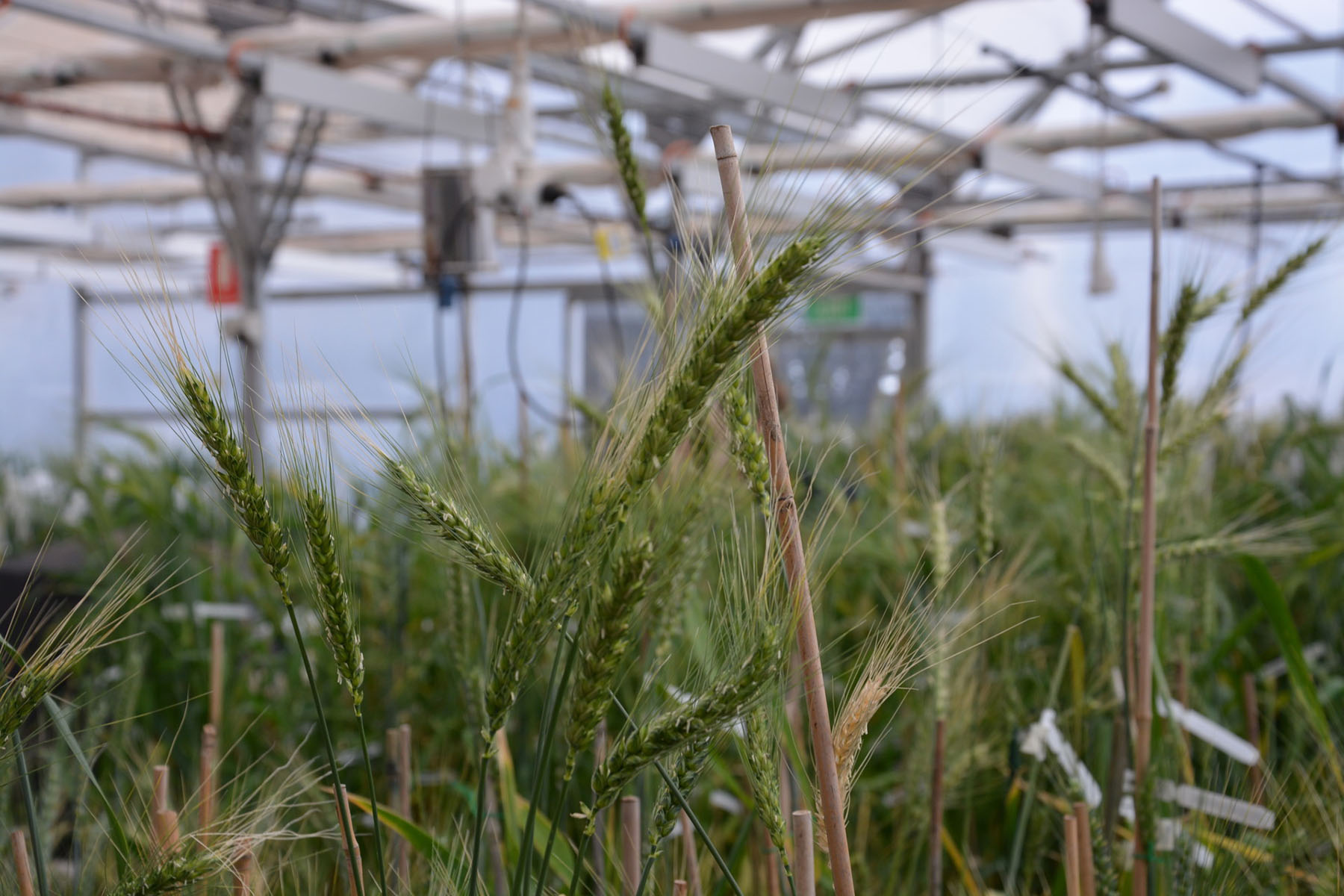 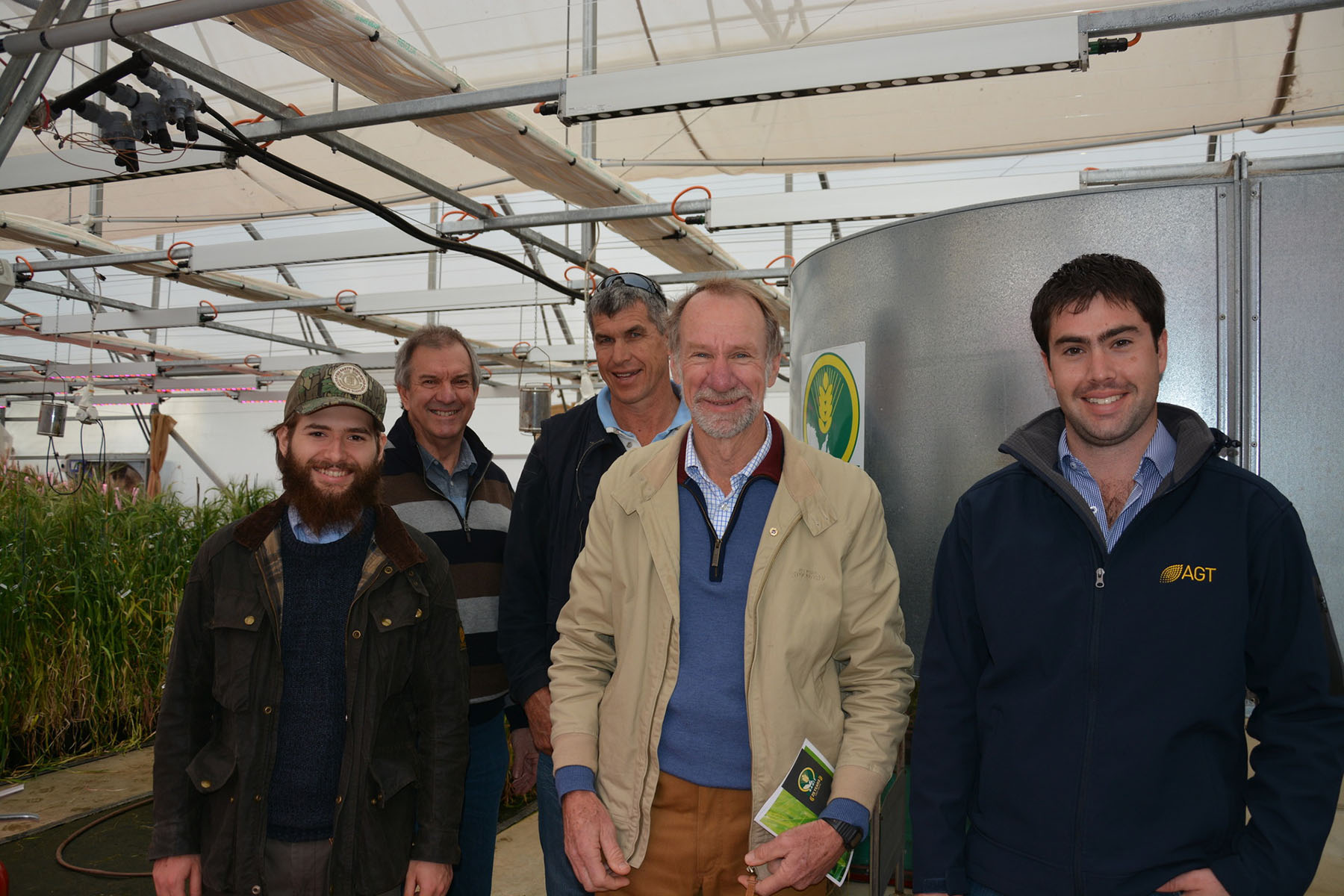 This project also adds weight to the previous assessment in project AGT0311 that heat stress and its interaction with the growing environment in SA is extensive and complex and an important part of variety adaptation and evaluation in the southern Australian environment.