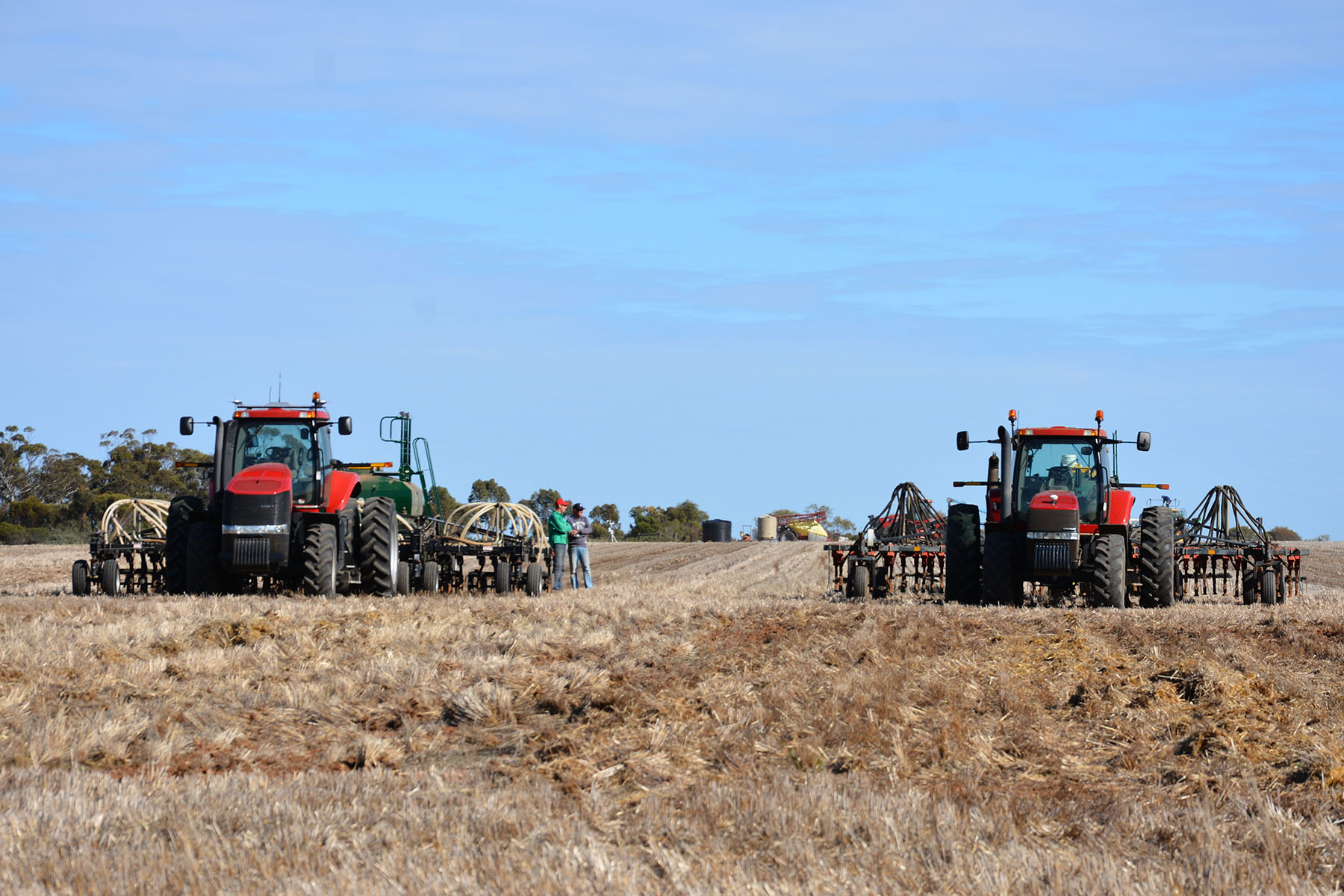 Over the last two decades seeding equipment has changed considerably which has affected weed control and crop safety when using pre-emergent herbicides. Further to this, there are now more pre-emergent herbicides and modes of actions. The development of new options for growers introduces uncertainty over the ‘best’ options and potential yield losses from unfavourable herbicide and seeding system combinations.

The Hart long-term cropping systems trial has been running since 2000 in sandy clay loam soils with an average annual rainfall of 400 mm. Each year the same seeding treatments have been used; strategic tillage, no-till and disc seeding.

The core objectives of the project were to:
• To incorporate stripper front harvesting into the long-term Hart cropping system trial to demonstrate the long-term effects of contrasting cropping systems and fertiliser inputs;
• To test the stubble handling ability, crop growth, microclimate and crop safety of no-till and disc seeding systems in conjunction with pre-emergent herbicides on a commercial scale.

From 2013, the long-term cropping systems trial disc treatment was harvested with a stripper front. Each seeding system was subject to two nutrition treatments: medium, representing district practice, and high, with an additional nitrogen in season of 20-50 kilograms nitrogen per hectare (kg N/ha).

In a second trial the stubble-handling abilities of knife-point and disc seeding systems was tested, comparing baled hay, short (15 centimetres) stubble, medium (30cm) stubble and stripper front (60-80cm) stubble. The effect of the different stubble height on lentil growth and microclimate was tested in Hart in 2013 and at Pinery in 2014. The same stubble treatments were sown in cereal crops – barley in 2014 and wheat in 2015 – and sprayed with different pre-emergent herbicides.

Outcomes from the long-term trial are consistent with the previous decade of research, showing no consistent benefit in grain yield or quality from any one seeding system.

Additional nitrogen resulted in higher protein in wheat and barley, by 1.3 per cent and 2.3 per cent on average in 2013 and 2014 respectively. No change in canola oil content was observed in the canola rotation in 2015.

In all years, the higher nitrogen treatment did not result in higher soil nitrogen, and the different seeding systems had no impact on soil nitrogen. The one exception to this was in 2015 when the strategic tillage treatment increased soil nitrogen before seeding, however there was no impact on growth in the following season.

In the cereal trial, wheat establishment was affected by herbicide application, with Trifluralin and triallate causing significant damage of more than 50 per cent yield loss under the disc, with all other herbicide treatments suffering minor (15-25 per cent) loss from disc seeding compared to knife-point. However, the differences in establishment did not translate to any yield loss.

No response in establishment or yield was seen in barley from the different stubble heights or seeding systems. In 2015 the hot and dry finish to the season resulted in no differences in wheat grain yield ranging from 1.4 – 1.5 tonnes per hectare.

What is the effect of different seeding systems and stubble heights on crop yields?

The Hart long-term cropping systems trial was upgraded in this research period to include stripper-front harvesting with disc seeding. A second site looked at the stubble handling ability of these seeding systems at different stubble heights. Seeding systems were compared across lentils, barley and wheat, with pre-emergent herbicides also included in the cereals. 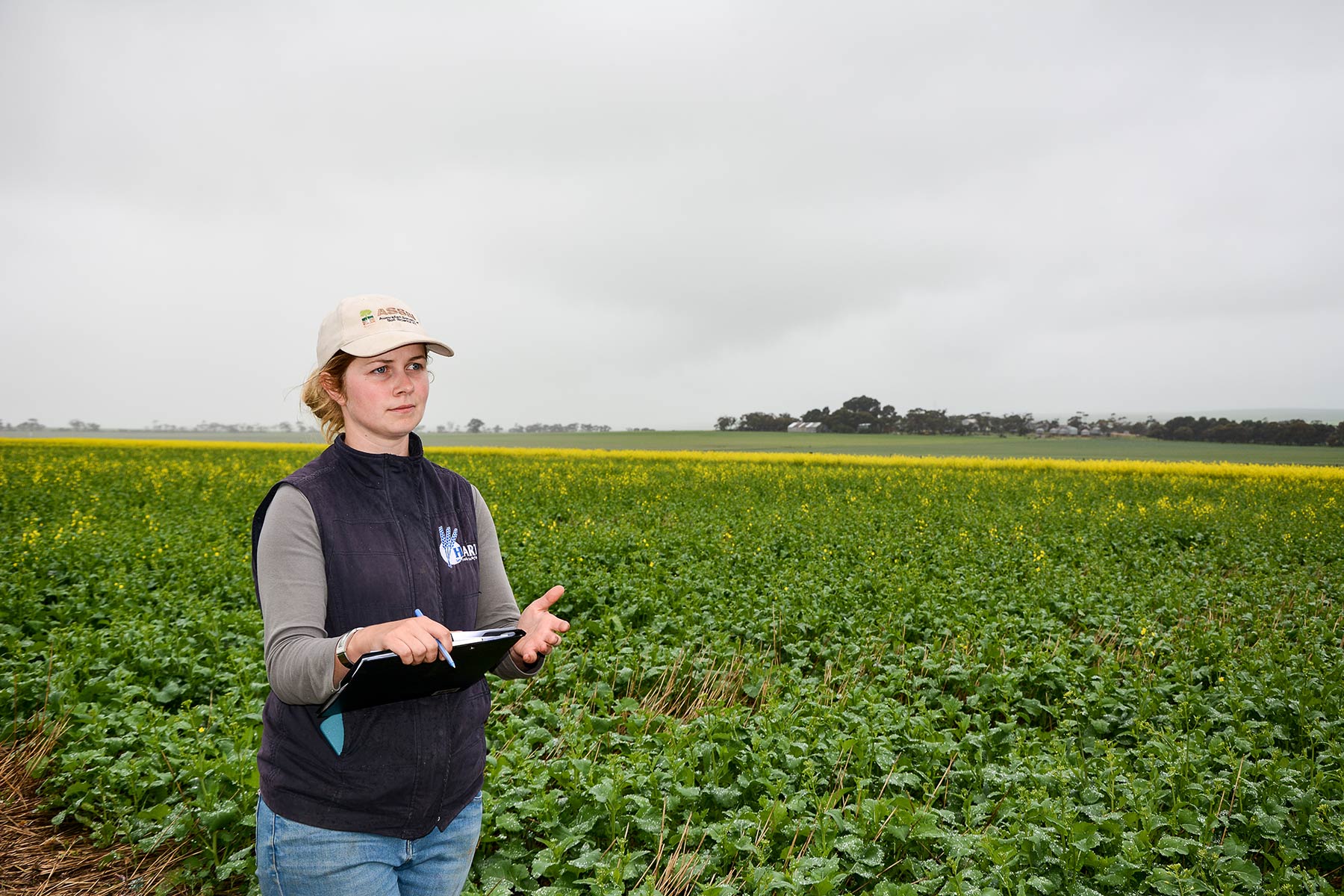 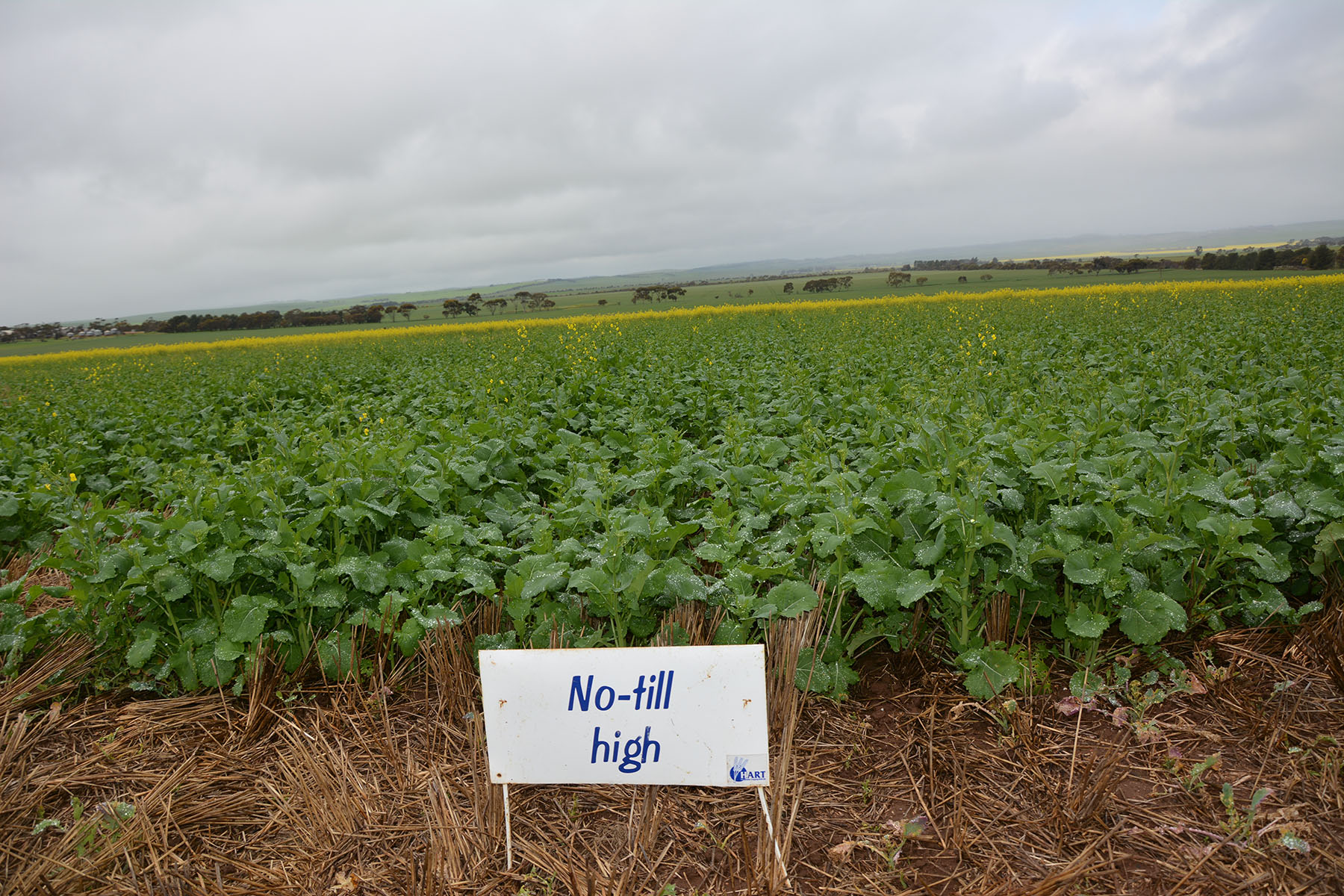 The long-term Hart cropping systems trial has shown there is no seeding or nutrition regime that consistently improves grain yield, meaning that growers can select a regime based on other factors such as weed and pest management, speed of sowing or stubble management, without concern that the selected option will have a negative impact on yield.

Sowing lentils inter-row into standing stubble can produce benefits in harvestability through taller plant height, though there was no stubble height influence on lentil yield.

The field trials in this project have shown that irrespective of stubble management, wheat crops can be seriously damaged using trifluralin and triallate in single disc systems. In contrast, Sakura caused no damage to wheat establishment and appears to be the safest option for use in disc systems.