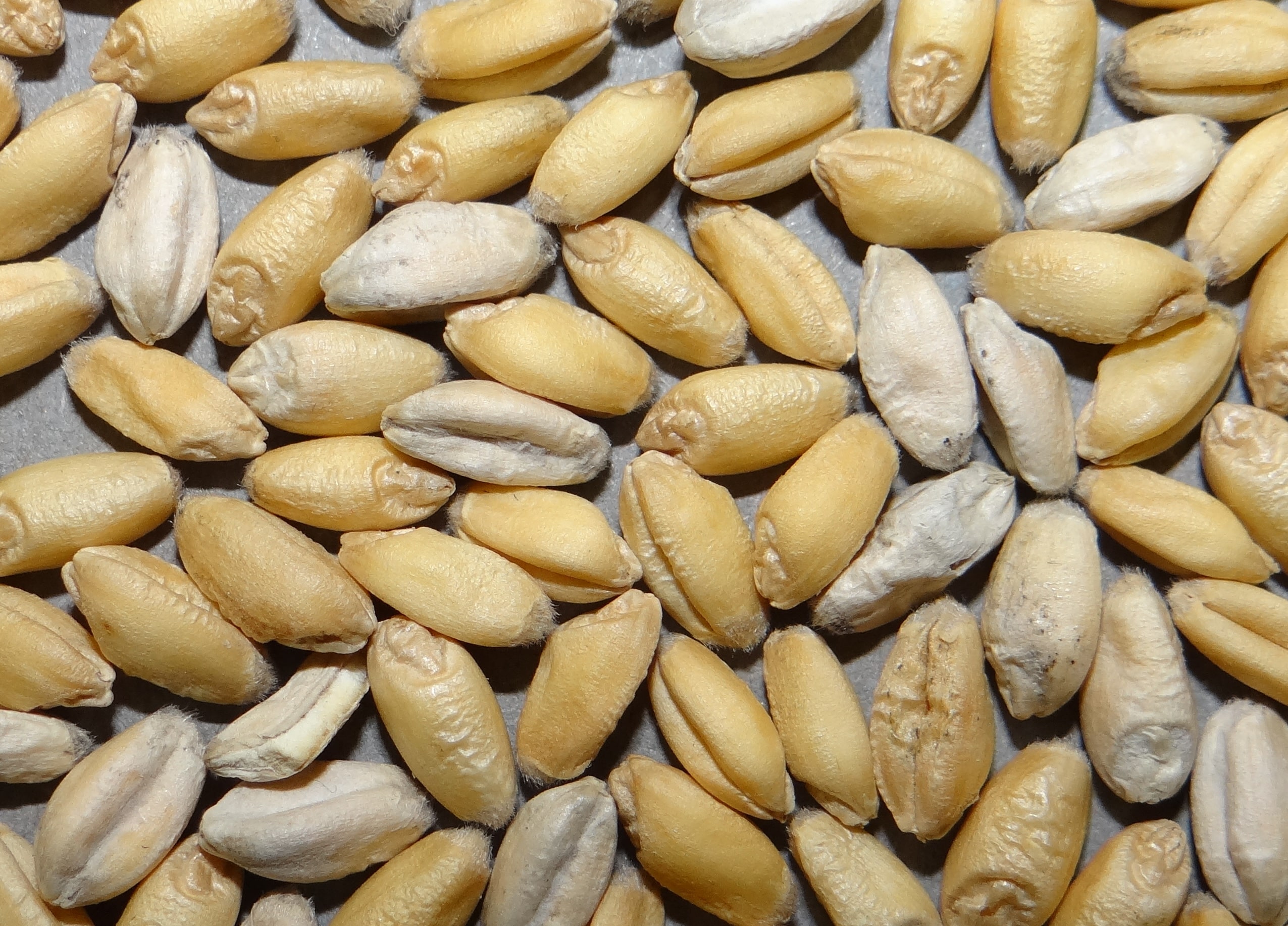 The fungi causing white grain can survive on infected cereal residues for at least 24 months. Rain-splashed spores from infected stubble can infect cereal plants, without causing symptoms in grain. Paddocks at risk of white grain are best identified through PreDictaB testing.

White grain was first observed in bread wheat in South Australia and Victoria during the 2010/11 harvest. It caused rejection and downgrading of deliveries, which occurred again in 2011/12.

White grain has been detected across much of SA, with north-eastern Eyre Peninsula most severely affected.

White grain is caused by Botryosphaeria spp fungi which survive in cereal residues and can cause severe problems where wet conditions promote infection late in the growing season.

Usually only some grains in a head will be affected. These may appear light grey to white in colour and
pinched in comparison to normal grain. White grains will not germinate. In grains not showing severe symptoms, germination may be reduced. White grain is not known to be associated with toxins.

The project started in 2012 with variety and fungicide trials planted at three Eyre Peninsula sites with a history of white grain issues (Buckleboo, Cleve and Coulta). In 2013, field trials continued at the Buckleboo and Cleve sites. The project investigated management options for white grain in bread wheat and barley. Stubble from the sites was collected and the incidence of fungal infection was assessed.

More than 70 bread wheat varieties from across Australia representing a broad range of genetic backgrounds were screened. Commercial cultivars of other cereal types including barley, durum, triticale, oats and cereal rye were also grown and screened.

Replicated plots were grown and harvested with all grain retained for assessment.

Dry spring conditions in 2012 and 2013 meant there was little white grain shown in any of the eight trials. As a result, the effectiveness of variety resistance and fungicide efficacy for managing white grain could not be assessed.

White grain infected stubble from 2011 was collected and assessed in the laboratory. It was shown to still be producing spores (although at lower levels) at the start of 2013, indicating the fungi causing white grain can survive for at least 24 months on infected cereal residues.

Plants which were grown in small hand-sown plots were artificially inoculated with a high number of spores in humid conditions. This resulted in only 7% of grain showing any visual symptoms. This research indicated that white grain needs three factors to develop in significant levels in commercial crops:

An information sheet titled “White grain in cereals” has been developed, is updated annually and is available on request from Dr Margaret Evans.

Spore trapping data, combined with information about crop development and environmental conditions, has the potential to provide a pre-harvest indicator of the risk of white grain in crops. The Grains Research and Development Corporation is funding this work until June 2016.

The downgrading of white grain-affected wheat is impacting on grain marketability and grower returns.

SARDI conducted trials on Eyre Peninsula to identify whether certain wheat varieties were more susceptible to white grain and whether fungicides could reduce the severity of infection.