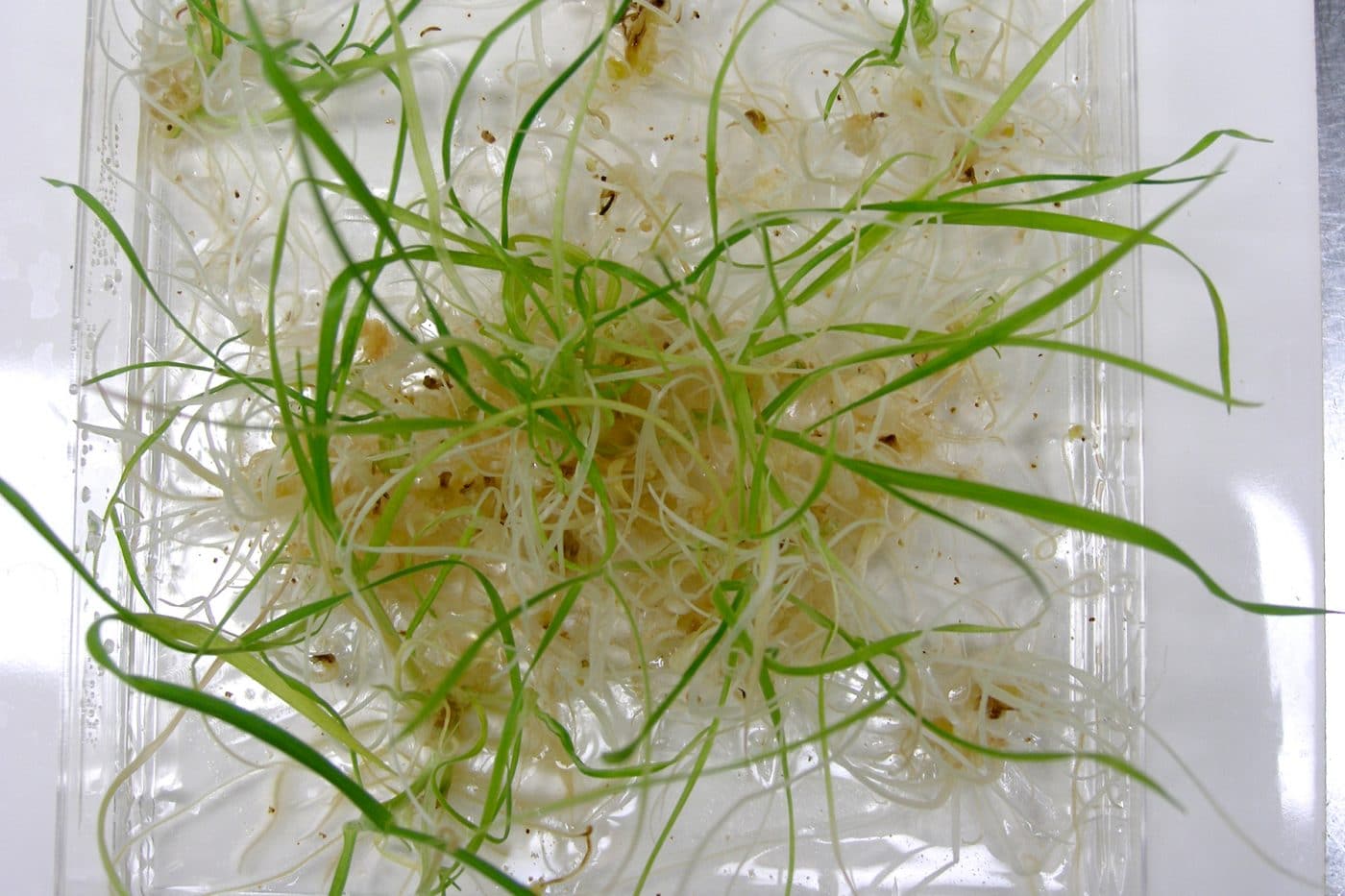 Since 1997, seven barley varieties and 11 wheat varieties have been released by Australian doubled haploid laboratories and breeding programs to deliver significant gains to the grain industry by the early adoption of significant yield-bearing traits.

However, these methods have been labour intensive and costly, resulting in a reduction in the number of doubled haploids used in wheat breeding. For oat breeding, doubled haploid technology is not yet efficient enough for commercial use.

This project aimed to develop techniques to deliver more efficient and commercially viable production of wheat and oat doubled haploids.

During the course of the project, more than 4000 wheat spikes were cultured in experiments designed to achieve maximum growth and plant regeneration.

In addition, 4000 oat panicles were cultured in experiments designed to achieve maximum growth and plant regeneration.

A method for doubled haploid production in wheat that produces plants at a similar frequency to the barley method has now been successfully developed and two breeding populations have been provided to breeding companies. For oats, the level of plant regeneration has been improved but is still only around 20% of the level for wheat and barley.

Unfortunately, despite this project making significant improvements to wheat and oat doubled haploid technology, the benefits cannot be realised in the current economic climate. The economics of doubled haploid implementation are no longer favourable. However, two populations of IMC derived doubled haploids have been delivered to Longreach Plant Breeders and Australian Grain Technologies.

The methods developed in this project will be published in scientific journals so they can be implemented if the economic climate becomes favourable for their adoption in future.

Doubled haploids (DH) plants can decrease the time to produce new varieties by three to five years, producing significant economic gains for the industry. Current methods are labour intensive and costly which has seen a decline in adoption of the technology.