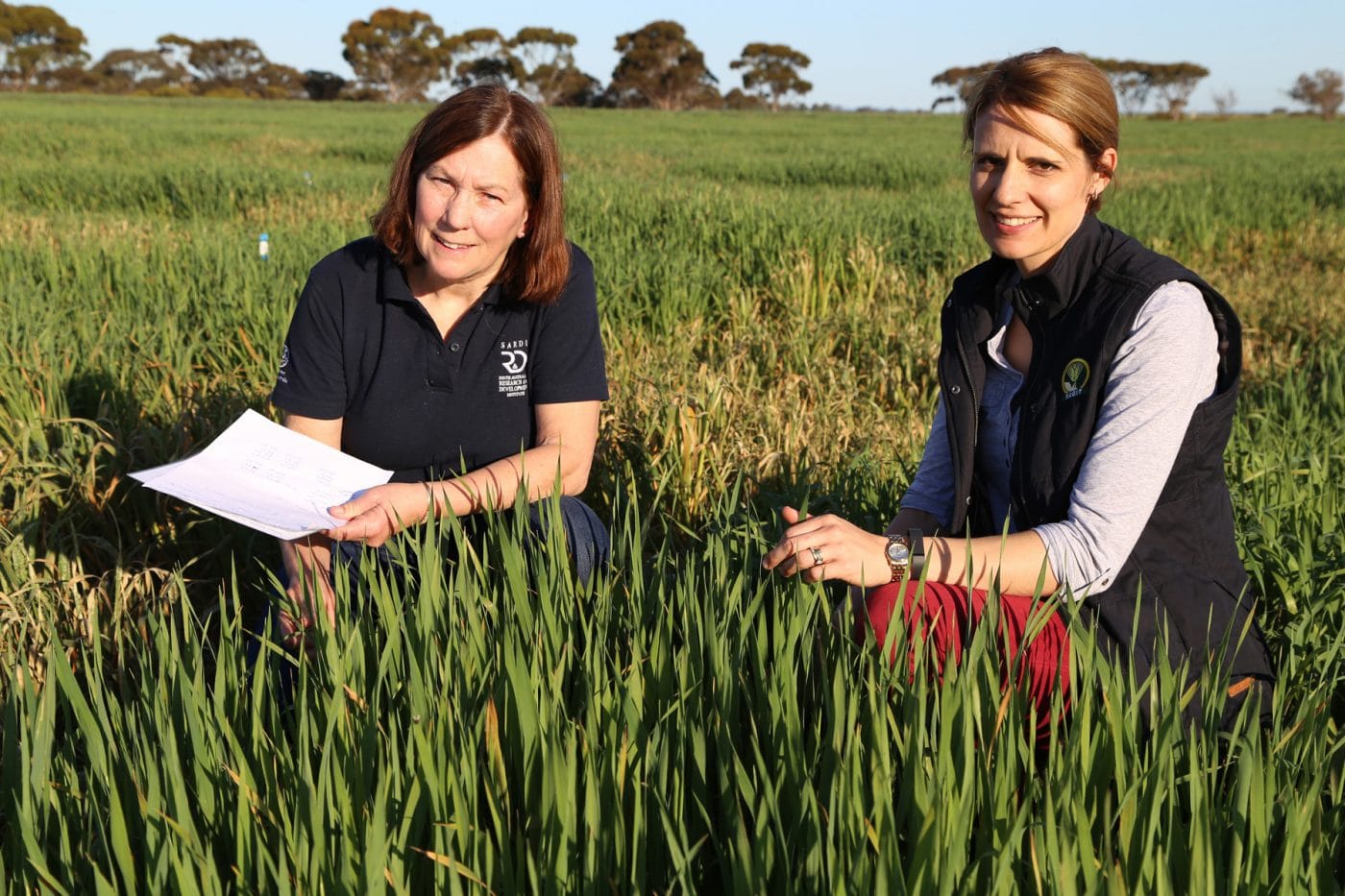 Improved adaptation to drought, along with responsiveness to favourable growing years, will provide growers with both stable and responsive oat varieties. Ultimately this will result in an increase in the area sown to oats for a consistent and stable supply for the milling industry.

As production of oats in Australia increases, so too does domestic and export demand. Growers need confidence that the variety they are growing will perform well if they are in a low rainfall zone, but also respond positively when there is above average rainfall.

Improved adaptation to drought, along with responsiveness to favourable growing years, will provide growers with both stable and responsive oat varieties. Dry conditions experienced at various growth stages, especially at the end of the growing season, along with the movement of oat production into traditional low rainfall regions, require oat varieties with stability and responsiveness.

The objectives of the project were to:
• Identify traits that would improve the adaptation of oat to water limiting environments in southern Australia allowing for more reliable production in dry seasons and regions.
• Develop and test practical phenotyping techniques.
• Introduce genetic variation using wild oats in the national oat breeding program’s germplasm collection.
• Identify parents to create new mapping populations for in-depth genetic studies on adaptation to water deficit.

Sites were sown at Pinery, Turretfield and Waikerie in 2012, and at Pinery, Turretfield and Riverton in 2013 and 2014. There were 32 varieties and breeding lines sown with three replications each. Data was collected looking at soil sampling, agronomic traits, grain yield and yield components, grain quality, hay yield and quality, and grain and biomass water use efficiency. T

he data was analysed in a way to understand environmental responsiveness of varieties for all the traits in different environments.

Growing degree days (Cd), which are a weather-based indicator for determining crop development, were shown to be correlated with grain yield in both low and high rainfall zones. Varieties which reached stem elongation before 894°Cd, flowering before 1683°Cd and hay cut earlier than 1861°Cd produced above average yields under favourable environments.

Grain number and the number of grains per head significantly contributed to yield while grain size and numbers of heads were not significant in the yield component analysis.

New phenotyping techniques to improve selection efficiency for improved performance in water limited environments were assessed. Canopy temperature, which was measured with infrared photographs, showed no link to improved grain yield. Using Greenseeker technology was useful until growth stage 31 to evaluate early vigour. The most useful technique was Soil Plant Analysis Development (SPAD). SPAD data was collected at four different growth stages – booting, panicle emergence, anthesis and milk development. This measure reflects the chlorophyll content in the leaves and can identify genotypes with the stay green character. The four growth stages were significantly correlated with grain yield, particularly at anthesis and milk development. Further research will define the optimum plant stage to measure this trait in the National Oat Breeding Program.

Two current milling varieties have been identified as potential parents for developing mapping populations to further research the genetic basis of drought tolerance.

There has been no research on drought tolerance in oats as the major oat producing countries are in the northern hemisphere where water is not a problem. However, Australia is now the sixth largest oat producing country globally. Increasing oat productivity in low and high rainfall regions will encourage growers to include oat in their rotation and increase confidence among oat growers.

Dry conditions experienced at various growth stages, especially at the end of the growing season across southern Australia, and the movement of oat production into low rainfall regions, require oat varieties with stability and responsiveness. Increasing grower confidence in oat varieties that perform in low and high rainfall environments will increase the area sown to oats for a consistent and stable supply for the milling industry.