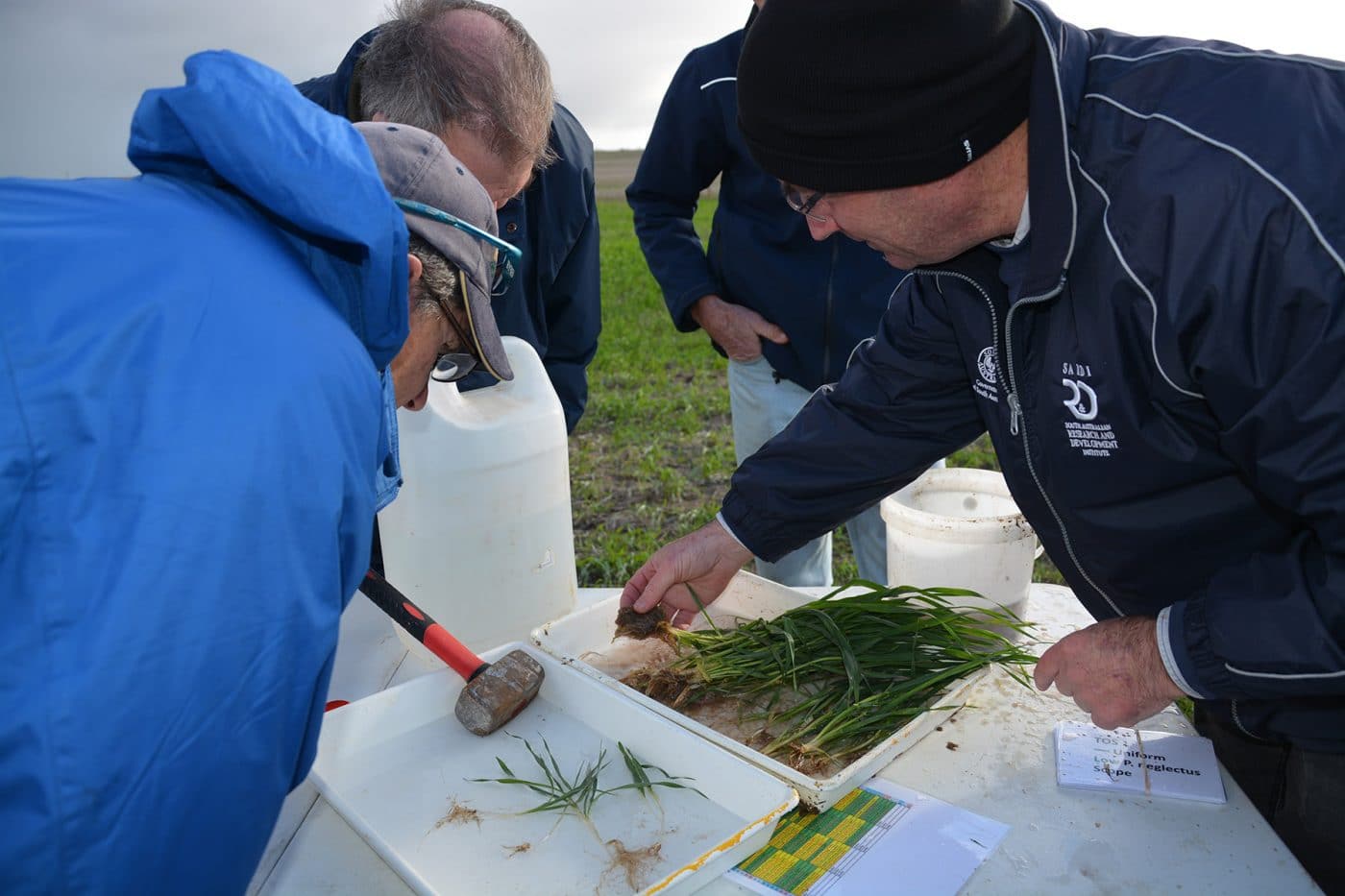 This is the first project designed to study the effects of time of sowing and Pratylenchus neglectus on the yield responses to Uniform® applied to control rhizoctonia root rot. The project was carried out at Wilkawatt, in the South Australian Mallee during the 2015 growing season.

The core objectives of the project were to:
• Determine if time of sowing and/or moderate numbers of the root lesion nematode Pratylenchus neglectus affected the yield response of wheat and barley to the application of Uniform® fungicide.
• Provide recommendations to growers on the likely impact of factors on yield responses associated with the application of fungicides to control rhizoctonia root rot.

The growing season at Wilkawatt in 2015 had 114mm rainfall, a dry spring (26mm rainfall) and cold soil temperatures which dropped to 10oC four times in May. The cold start probably contributed to the development of Rhizoctonia patches.

Scope barley and Grenade CL Plus wheat were sown into two P. neglectus densities averaging two and 10 nematodes per gram soil. There were three times of sowing – 6 May, 22 May and 11 June. Note that the ‘higher’ nematode treatment represents a moderately low nematode density in the southern region.

Uniform fungicide was applied as a dual treatment on the furrow surface (200ml/ha) and in furrow (200ml/ha) to the ‘+fungicide’ plots. All plots received Di-Ammonium Phosphate (DAP) at 50kg/ha coated with Flutriafol; Boxer Gold® was applied at seeding to control ryegrass. The site was harvested in late November and yields of each plot measured.

Plots were soil sampled on the previous crop row prior to sowing, and on and between rows in August and October, and on rows post-harvest in November. Rhizoctonia and P. neglectus levels were measured at each sampling time using the SARDI PREDICTA® B DNA soil testing service.

While the time of sowing influenced crop yields, it did not impact the effectiveness of fungicide treatment in either wheat or barley. Wheat and barley sown 6 May produced 2.01 tonnes per hectare (t/ha) and 2.4t/ha respectively, dropping to 1.40t/a and 1.20t/ha by 11 June.

The fungicide improved yield in barley by 0.3t/ha, with no significant interaction with time of sowing.

Where P. neglectus levels were 2/g soil, fungicide increased wheat yield by 0.2t/h, but no yield increase was seen where P. neglectus levels were 10/g soil. A similar effect was observed at Lameroo in 2014 in the separate SAGIT project Field trials to assess the efficacy of farm practices associated with Fungicide control of Rhizoctonia. The fungicide treatment had no overall effect on grain quality.

These results need to be confirmed at other sites and in different seasonal conditions.

The factors that cause yield responses to vary when fungicides are applied to control rhizoctonia root rot have not been well understood.

The project studied the effect of time of sowing and levels of the root lesion nematode Pratylenchus neglectus on wheat and barley crop responses to Uniform® fungicide in a paddock with high Rhizoctonia levels at Wilkawatt in 2015. 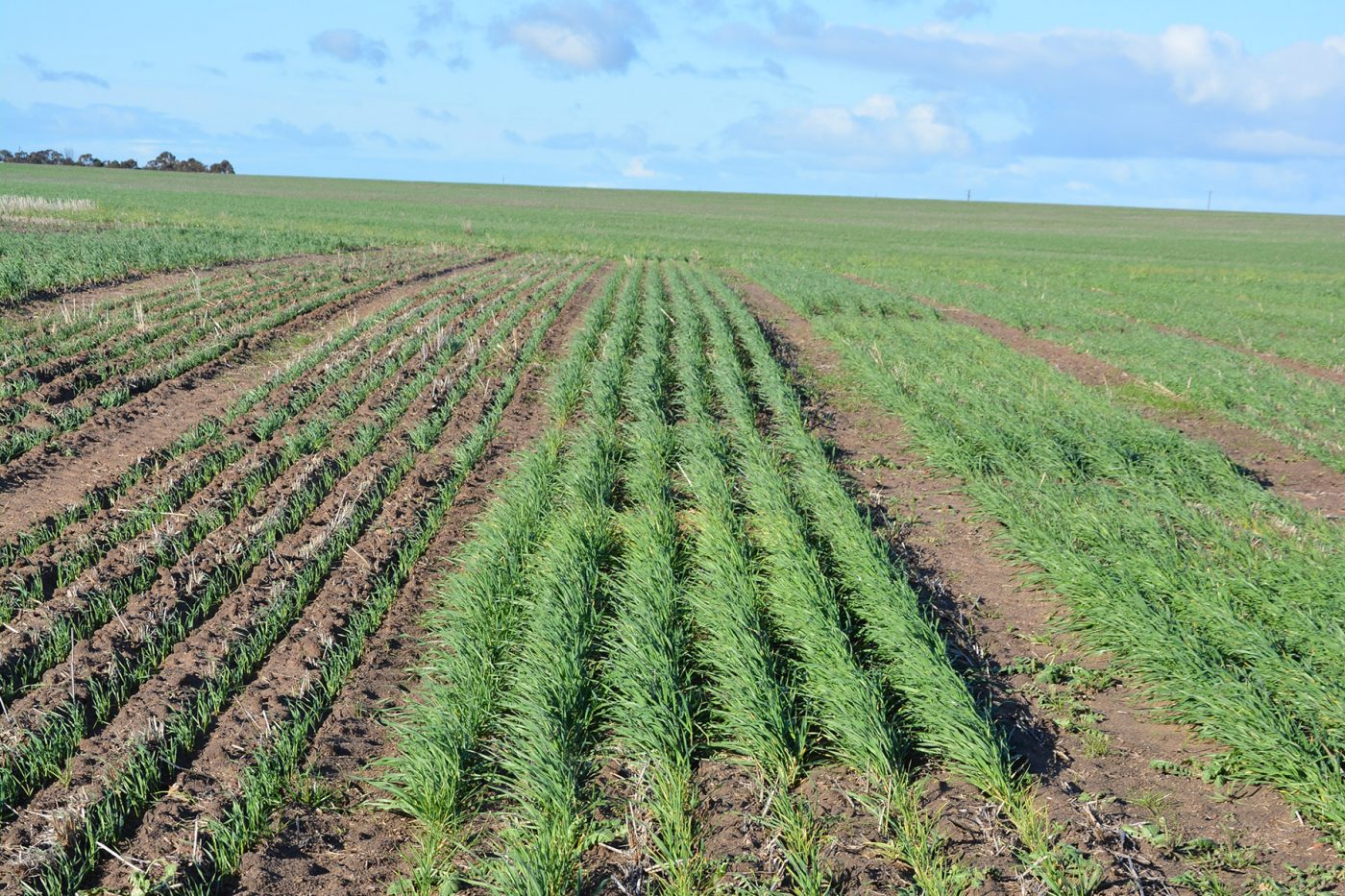 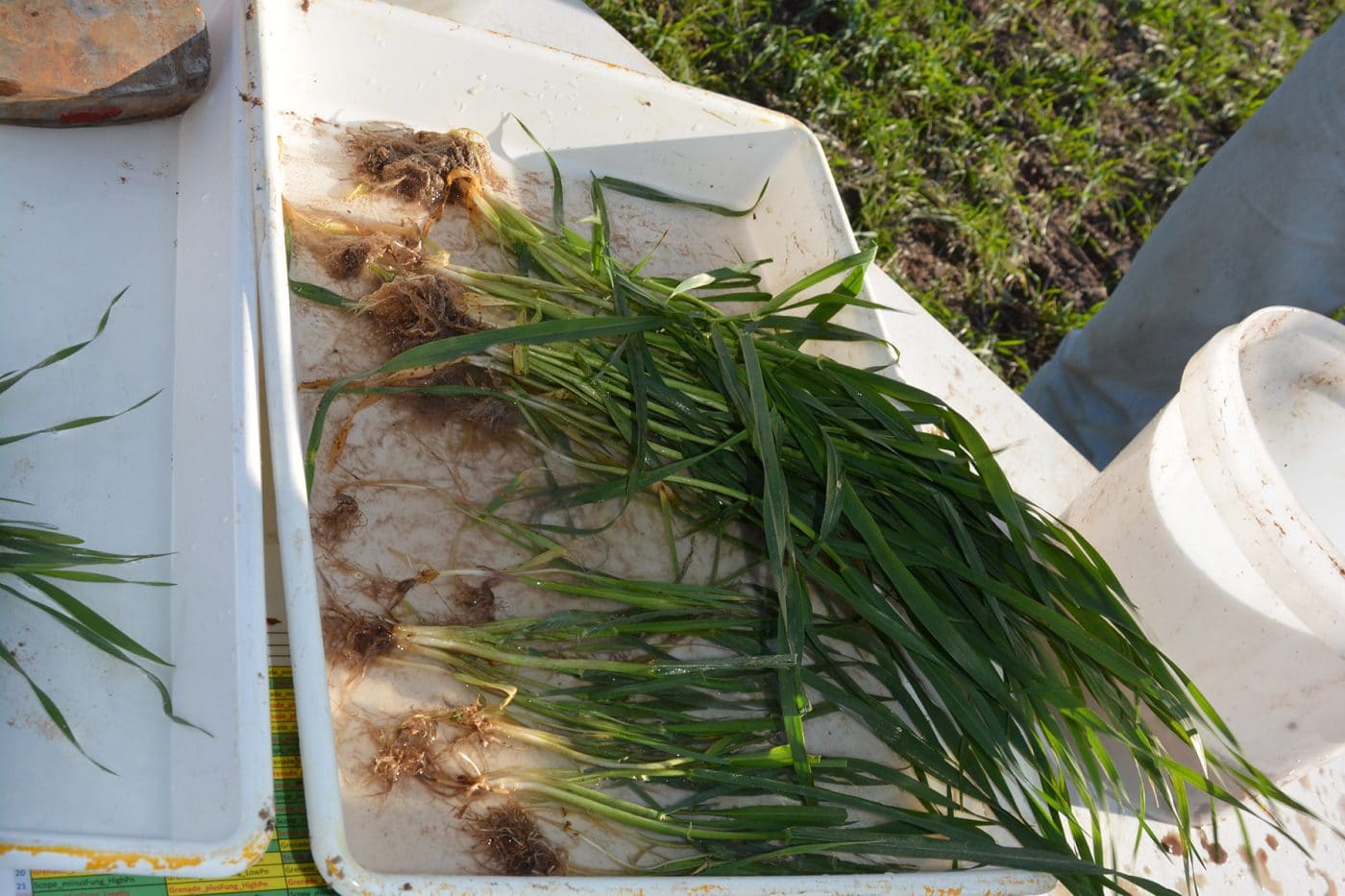 The key findings for growers are:
• Time of sowing did not influence fungicide effectiveness but still had the greatest effect on yields in wheat and barley.
• Fungicide application to control rhizoctonia root rot is more likely to produce a yield response in barley than wheat.
• The fungicide treatment increased barley yield by 0.3t/ha even in a low rainfall year.
• Moderately low levels of root lesion nematode P. neglectus can reduce the yield response from fungicide application in wheat in a low rainfall growing season.
• Reducing uneven growth can reduce yield losses from Rhizoctonia.