The area of pulses sown in South Australia has increased by 50 per cent in the past 18 years. Many growers dry sow due to time demands at seeding and to take advantage of early autumn rains.

Rhizobia inoculant can be applied directly to pulse seed or applied as a granule in furrow when sowing to optimise the nodulation and nitrogen fixation of pulses. However, the sensitive rhizobia bacteria in inoculants require moist conditions to survive. This research aimed to build best practice guidelines for growers dry sowing and inoculating legumes in SA.

Research included field trials conducted over three years assessing the survival and efficacy of rhizobia in peat and granular inoculants under various dry sowing conditions. The performance of new acid tolerant rhizobia under dry sowing conditions was also assessed, as was the potential of the seed dressing P-Pickel T to further reduce rhizobia survival when dry sowing.

Field sites were selected on the basis they had no recent history of the target pulse crop and were likely responsive to inoculation. Sites were located on the Eyre Peninsula (Wanilla and Minnipa), in the Mid North (Farrell Flat and Hart) and the Mallee (Lameroo). Soil types ranged in texture from sandy loam to loam and from 4.3 – 7.8 pHCaCl2.

Increasing the rate of peat inoculant applied to seed or using an inoculant granule containing a high number of rhizobia, provided an average increase in nitrogen fixation of 30 kilograms per hectare across the five trial locations. These scenarios also increased average grain yield by 0.22 tonnes per hectare compared to the standard rate of peat applied to seed under dry sowing conditions. Dry sown crops failed to achieve a satisfactory level of nodulation when the standard rate of peat was applied as slurry to the seed. This was particularly evident if dry conditions extended beyond one week after sowing or if there was an additional stress to rhizobia survival, such as low soil pH.

Overall, granules provided nodulation similar or better than peat on seed when the dry period exceeded seven days and the granule product had a high concentration of rhizobia per gram, equivalent to more than 400,000 cells per seed when applied in furrow at the recommend rate. Although granular inoculants have potential to perform well under dry sowing conditions, variability in quality between brand formulations and batches remains a significant barrier to their reliability. If granular inoculant quality cannot be assured, it is recommended growers apply peat on seed at higher rates (at double rate).

Other parts of this research considered the impacts of seed dressings and the performance of acid-tolerant rhizobia under dry sowing conditions. Growers are advised that the combination of P-Pickel T and peat inoculant on seed will likely result in poor nodulation of pulses sown into dry soils lacking suitable rhizobia.

Two acid-tolerant rhizobia strains in development were applied as peat slurry inoculants on seed and showed promise at the Wanilla trial. The rhizobia survived in dry soil with a pHCaCl2 of 4.3 for four weeks before germinating rain, while the current commercial inoculant strain failed to nodulate. The new strains were still better than the commercial inoculant when they were applied at half the recommended application rate. The new strains improved also increased nitrogen fixation and yield.

Guidelines are needed to assist with early season dry sowing of pulses into inoculation responsive soils to ensure nodulation and nitrogen fixation can occur. 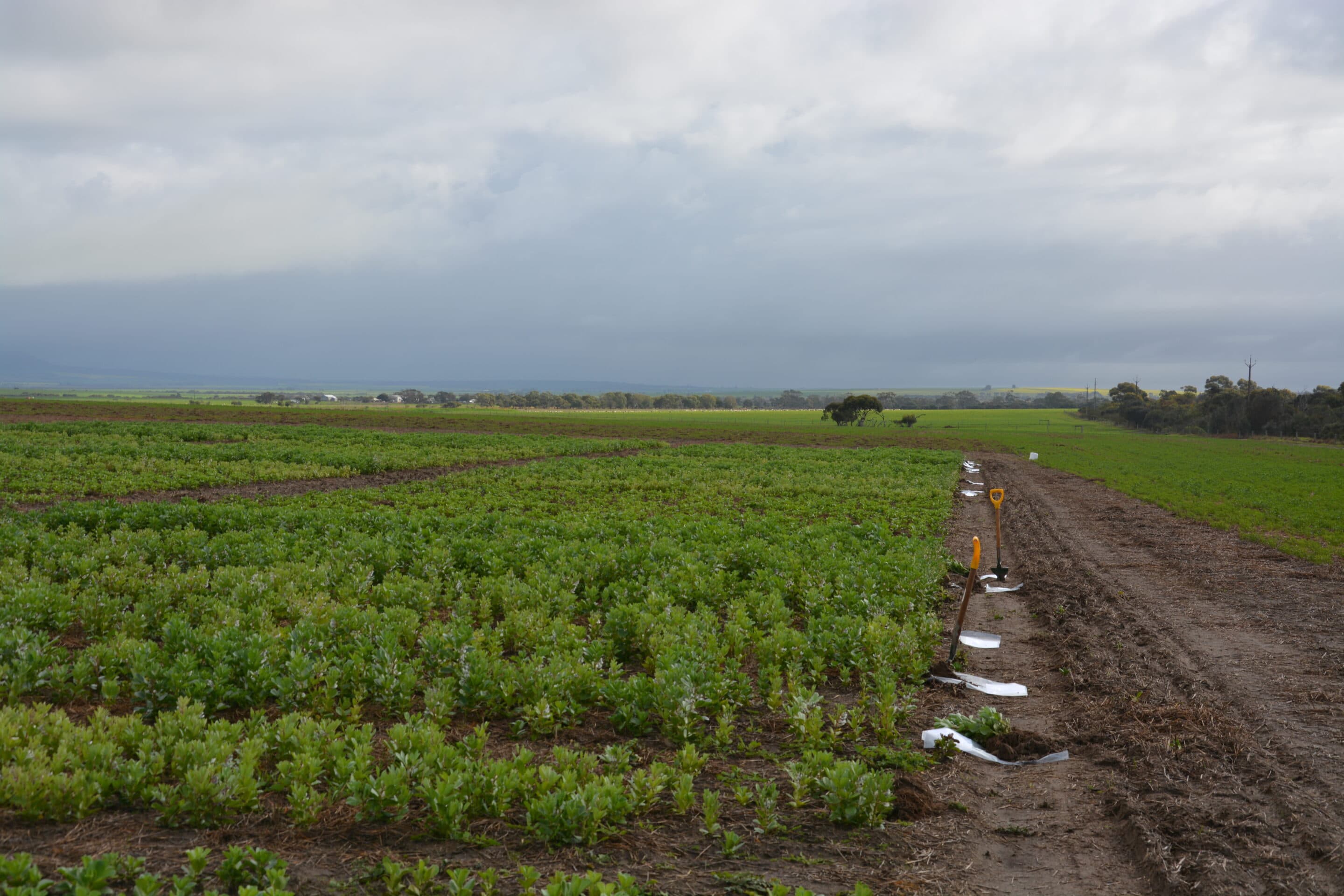 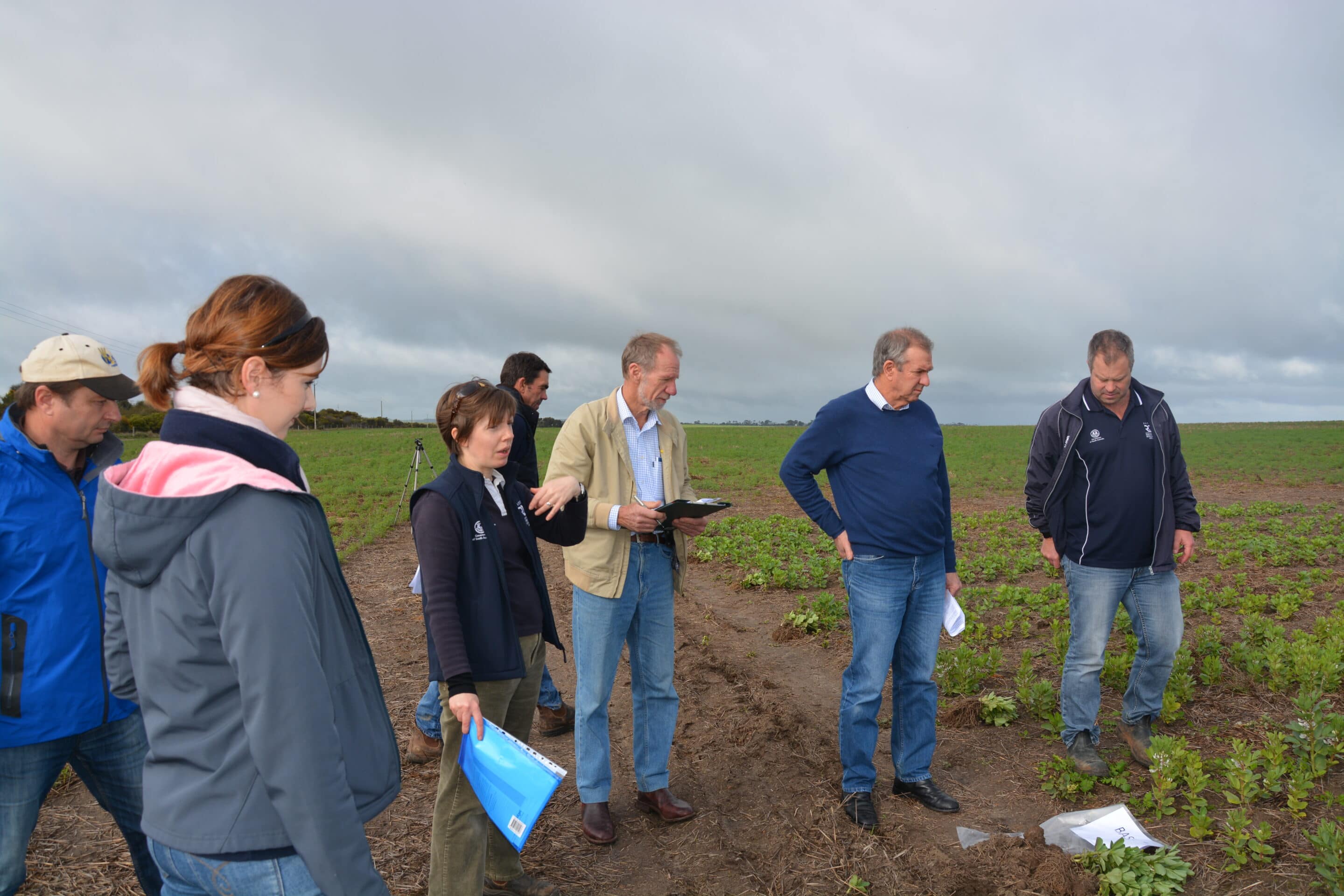 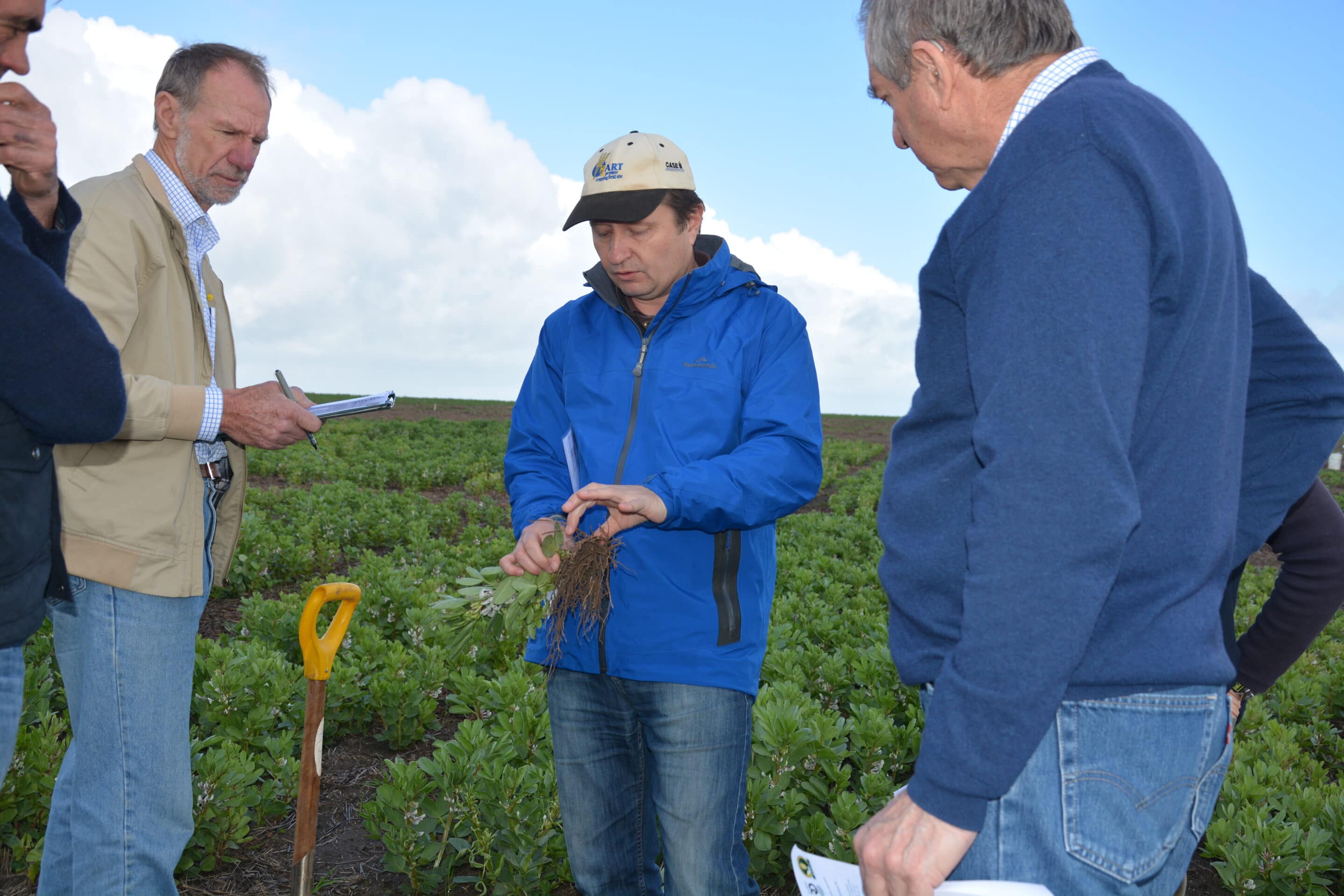 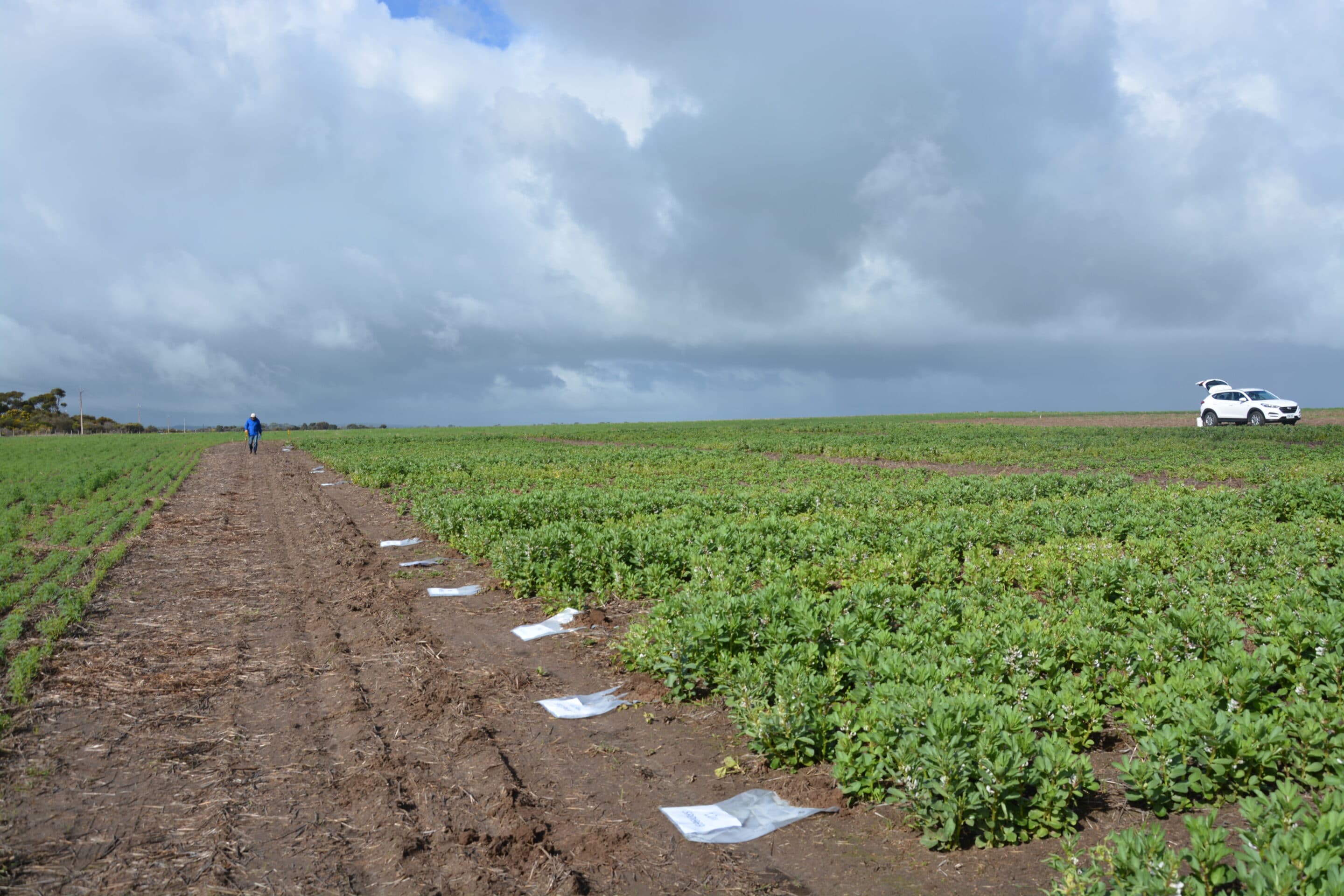 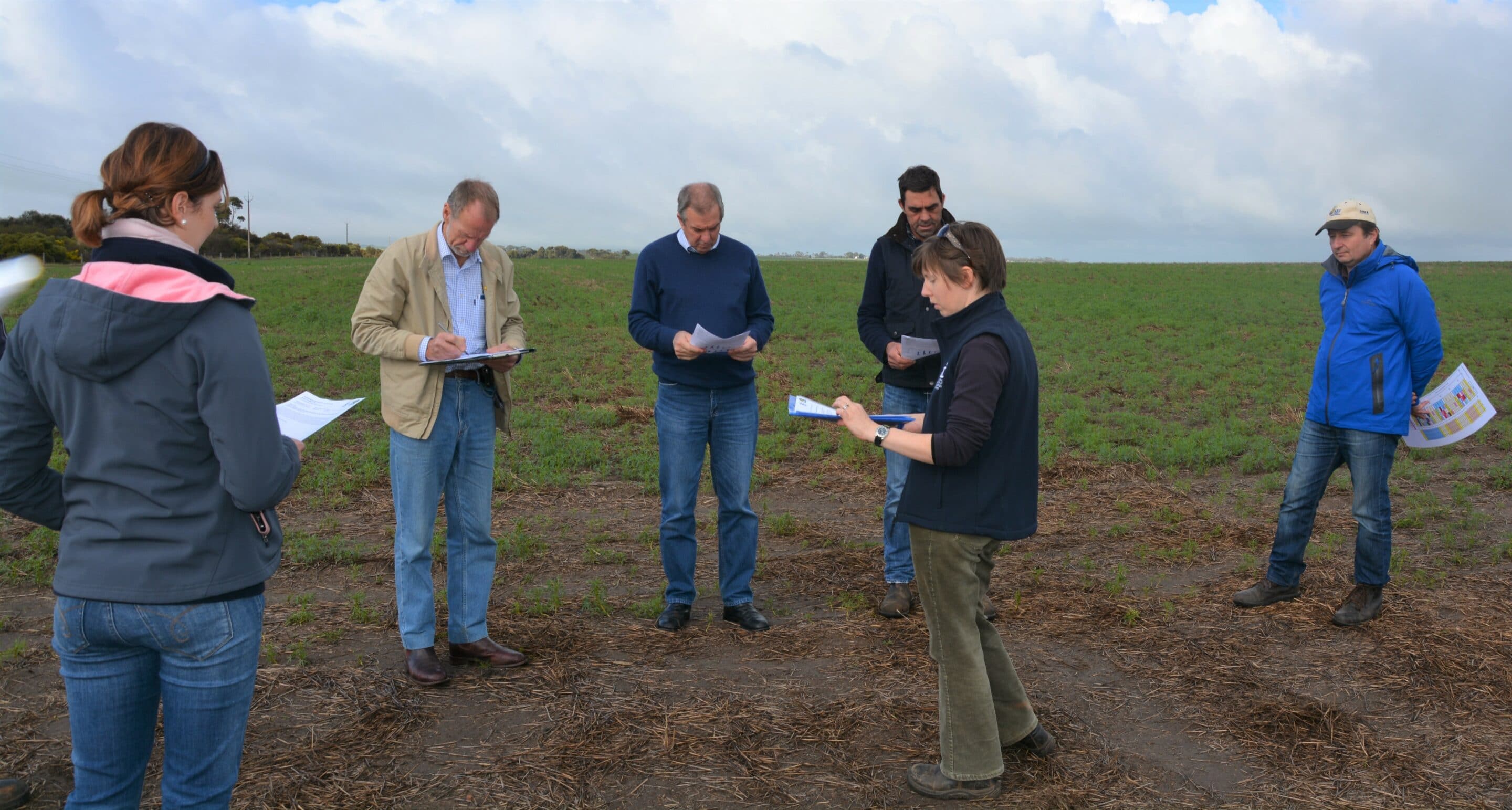 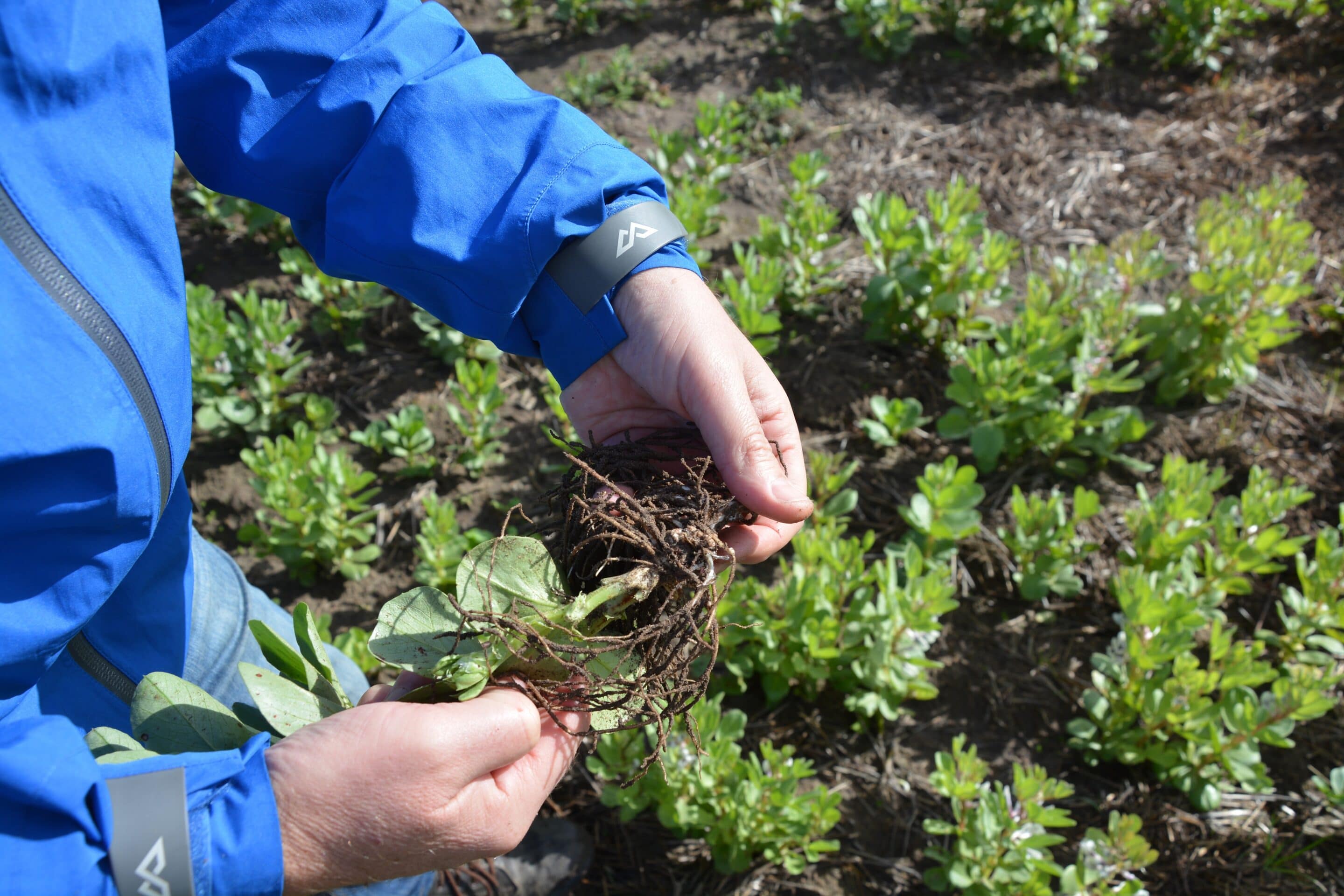 The key to successful nodulation in dry sown pulses is to increase the chance of sufficient rhizobia surviving the dry period between sowing and germinating rain. Standard inoculation practices did not deliver satisfactory nodulation when dry conditions exceeded a week after sowing, particularly when other stresses were present such as low soil pH.

Researchers have highlighted the need for an independent quality assurance program to apply to granular inoculant. There has been some recent progress in this area with the quality of some granules now quality certified by the Australian Inoculants Research Group (NSW DPI). Granules meeting quality standards are labelled with the same Green Tick Logo issued for peat inoculants.