In an effort to assist growers in overcoming phosphorous (P) deficiency issues in specific soil types and uncertainties around application rates and variety selection, six field trials across two seasons have been conducted across broadacre regions of South Australia. Due to two very contrasting climatic growing seasons the project was able compare a dry finish and a wet/cool finish season with an aim of finding optimum P rates and economical P application rates. A P rate and P risk calculator has now been developed to aid in P decisions in an effort to maximise gross margins.

Well-calculated P applications and variety selection can give growers a competitive edge in terms of yield returns. However, rates of P applications for maximum yields and those that are economical can be very different and hard to calculate.

The core objectives of the project were to quantify the economic benefit to farmers of:
• Applying relatively high application rates of P on moderate buffering soils across a range of sites with different yield potentials.
• Assess the P use efficiency (PUE) of four common wheat and barley varieties that were best performed in recent SA NVT trials.

Throughout the project timeline, six field trials were conducted across South Australia in contrasting growing seasons, one ending in a dry finish and the other a wet and cool finish. Trial sites were located at Cummins, Sherwood and Pinery in 2015 and Cummins, Urania and Condowie in 2016 where four varieties of wheat and barley were sown at six rates of P (as MAP) with balancing N (urea) added to each plot.

Crop growth was assessed throughout the season before harvested grain was measured from each plot. The PUE for each variety was defined as the yield at zero P relative to the maximum yield obtained with P application.

The P requirement was assessed by fitting a curve through the yield response data. The yield optimising P rate was estimated as the rate that gave 90 per cent of the yield response. The profit from the application of P was calculated for each rate of P.

In 2015, significant early responses to P were obtained at all three sites and these translated to grain yield responses. Calculated PUE per cent for each variety was very similar particularly for the Cummins and Pinery sites. In 2016 trials, results were more varied across the sites with Urania grown wheat requiring large applications of 33 kg P/ha to maximise grain yield while barley responded significantly to 22 kg P/ha.

At Condowie, wheat and barley responded well to P, but wheat required high application rates (33-55 kg P/ha) compared to barley’s optimum of 10-30 kg P/ha. Meanwhile, Cummins results for wheat were difficult to decipher due to flat response curves for all varieties apart from Cobra where a PUE of 83 percent was recorded.

Overall the results show P input decisions should include a PBI assessment rather than solely considering previous yield results and calculating the P that needs to be replaced as both optimal and economic P rates have been greater than typical replacement rates for regions where the trials were performed. The results of this trial have allowed the creation of P rate and P risk calculators that is aimed for gross margin maximisation.

There is a knowledge gap surrounding both the optimal application and economically considered rates of phosphorous for P-deficient soils.

Field trials were conducted in a range of South Australian locations and growing conditions comparing P responses in different wheat and barley varieties. 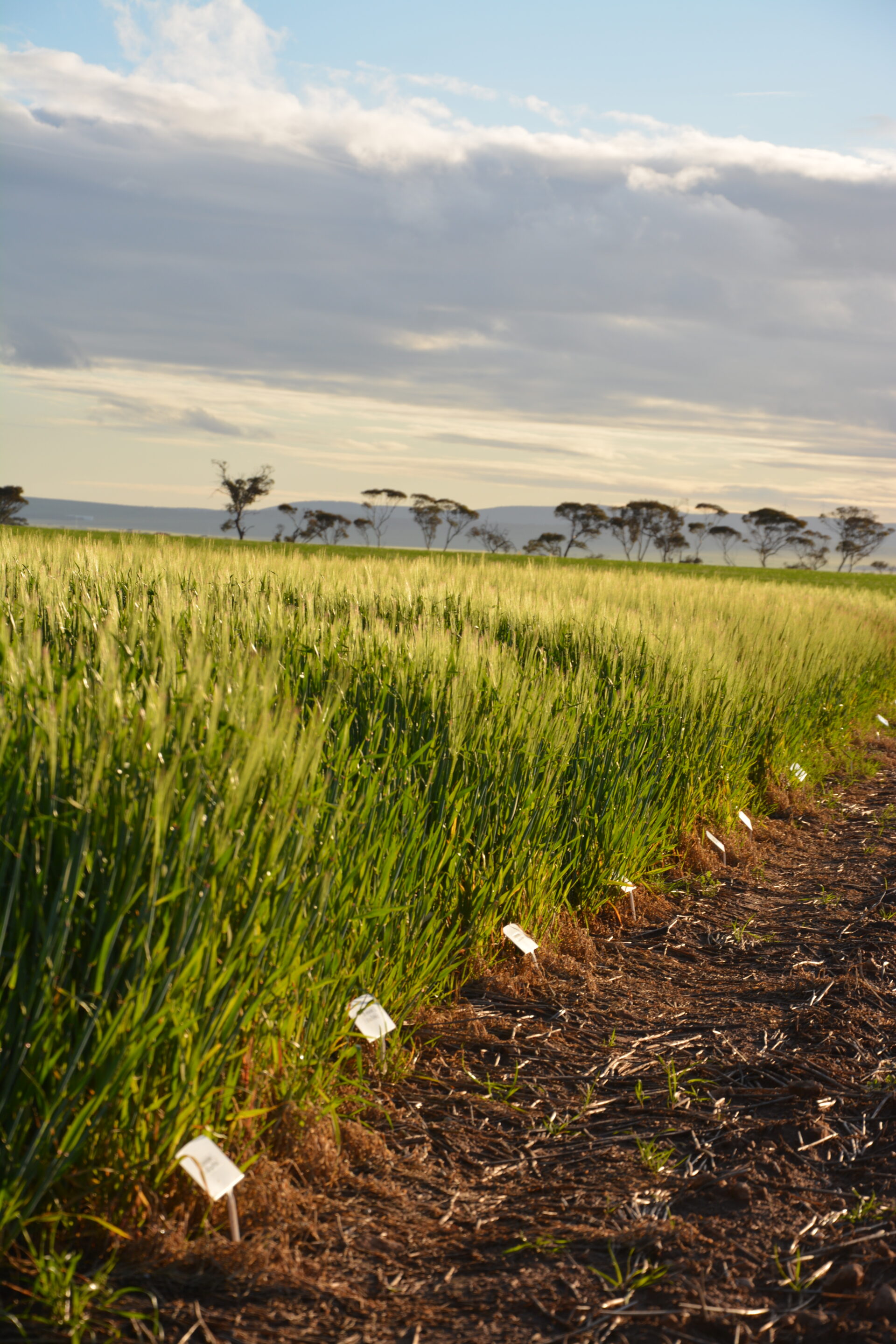 Significant areas of broadacre cropping regions of South Australia experience P deficiency and in some circumstances replacement P rates or historical P rates are not overcoming P deficiency in the growing season of application.

Results from this project help build knowledge that higher than P replacement rates on specific soil types are economical. There is little consistent difference in P response among current varieties of wheat and barley as was discovered in these trials. Therefore, farmers should choose the most appropriate variety for their region.

While input and grain prices fluctuated between the two seasons, P rate and P risk calculators have been developed to aid in P decisions that will maximise gross margins. Both these calculators are sensitive to the soil P status and fertilizer/grain prices and will be continually evaluated within SAGIT project AS216.