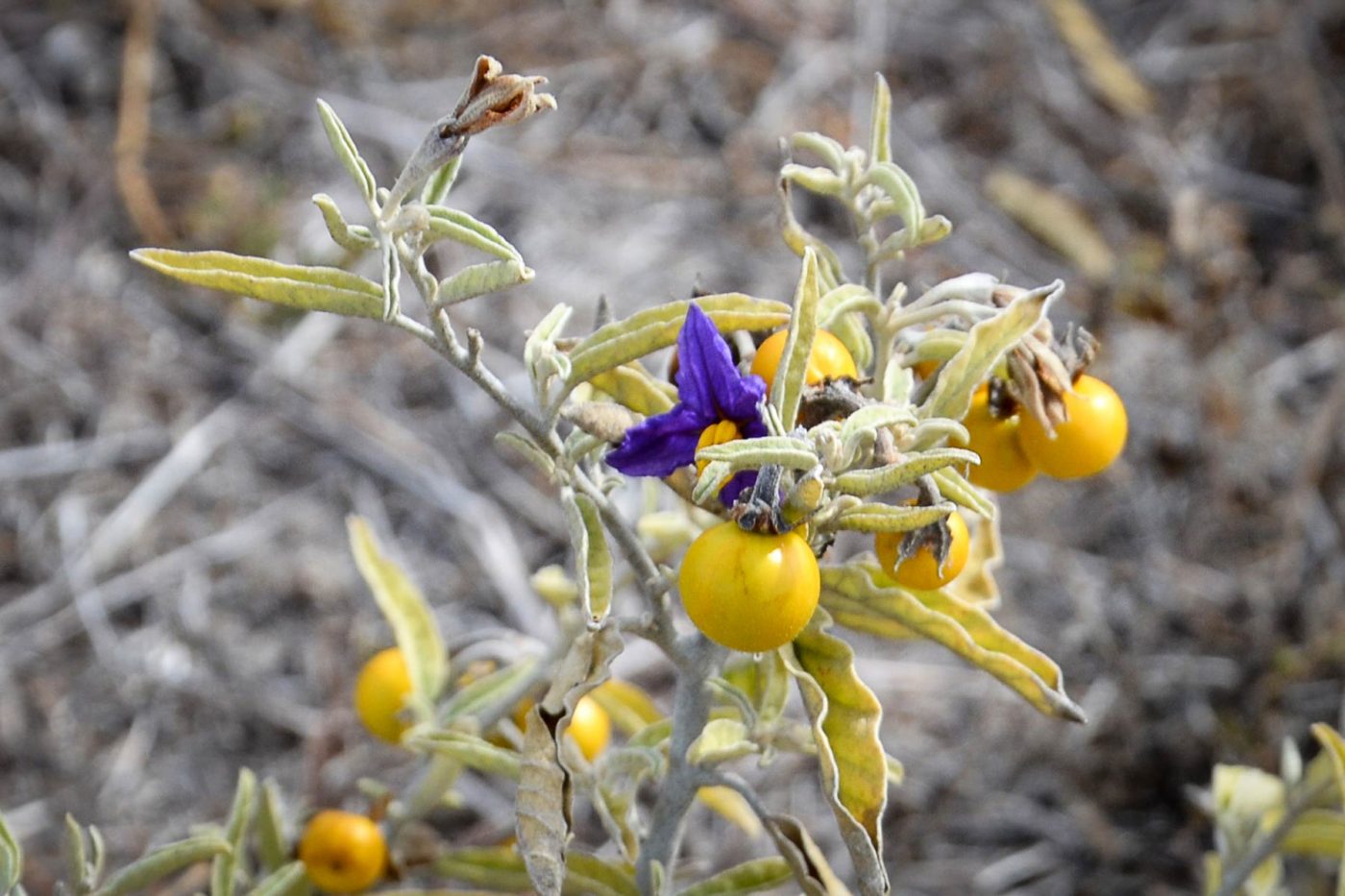 This project aimed to improve the understanding of the biology and suitable management practices to control the noxious weed silverleaf nightshade (SLN) in South Australia. The project delivered a range of findings including that glyphosate and Starane are the most useful herbicides in cropping rotations and high rates may be warranted. Dual action strategies did not give any greater control than a single application, and glyphosate should be applied before the 2mm green berry stage to control seed set. Seedling recruitment is likely to be rare in most years. A South African beetle displays potential as biological control option.

Silverleaf nightshade (Solanum elaeagnifolium) is a deep rooted and difficult to eradicate perennial plant present in the wheat belt of South Australia and interstate.
Control options in cropping systems are limited as the plant has an extensive root system that allows it to survive chemical and mechanical control methods. Historically, most large established SLN infestations are sprayed to desiccate shoots, at rates aimed at annual summer weeds.

The core objectives of the project were to:
• Conduct targeted practical field research on silverleaf nightshade to investigate options to reduce yield losses in grain crops, and to help minimise the rate of spread of SLN to clean productive farmlands in SA.
• Establish two regional collaborative research and demonstration focus sites to involve grain growers and promote ownership and rapid adoption of current and newly-discovered information on SLN management.
• Deliver current and new best practice management information to SA grain growers so that they have both the tools and the economic confidence to reduce serious losses from SLN.

Field research on management with herbicides was conducted at Keith and Warnertown in extensive paddock infestations, over three years. Experiments at Cavan and Edinburgh looked at the effect of rainfall on seedling emergence and establishment, seed-set after glyphosate application, and the effect of soil moisture and dusty leaves on glyphosate effectiveness.

In eradication plots, one year after the second annual application of 1.62 kg active ingredient per hectare glyphosate in large plot (10 by 10 metre) experiments, shoot density was reduced by 90 per cent at Warnertown, and 71 per cent at Keith, compared to untreated control plots. This demonstrates that annual applications of glyphosate at high rates have great potential to reduce large, established infestations.

Trials investigating the effect of rainfall on SLN seedling emergence during summer found the only treatments that sustained significant numbers of seedlings were those with an initial large event (25 millimetres or 75mm), followed by some showers, followed by a further large event of 50mm. However, most seedlings had perished by the following November, demonstrating that seedling recruitment may be rare in most years.

Experiments measured the effect of dusty leaves on glyphosate efficacy. Measurements of shoot death three weeks after spraying and the reduction in shoot density one year after treatment confirmed that dusty leaves did not greatly affect control.

The effect of glyphosate timing on berry formation was studied, and found that treatment at the flowering stage effectively prevents seed formation. Berries sprayed at the small green stage (four to eight mm diameter) produced few seeds, with abnormal seedlings and 23 per cent dead seed. This suggests that SLN should be sprayed no later than the very small green berry stage (smaller than 2mm) to achieve good seed-set control.

Biology and management of silverleaf nightshade in South Australia was not understood well enough for successful control.

Field research was conducted at Keith and Warnertown along with experiments at Cavan and Edinburgh.

• Glyphosate and Starane are the most useful herbicides for reducing perennial shoot density in cropping rotations.
• Higher rates of glyphosate (1620 grams active ingredient per hectare) or Starane (600 ml per hectare) may be warranted to improve long-term reductions in shoot density.
• The “Dual Action” strategy (Starane early summer, glyphosate in autumn) promoted for use in NSW may not be as effective in SA, because conditions are drier and SLN plants may not recover enough by autumn to absorb and translocate glyphosate adequately.
• Graslan is a convenient and effective spot-treatment, applied as dry granules.
• Glyphosate applied to prevent seed-set should be applied before the 2mm green berry stage.
• Dust on SLN leaves may not reduce glyphosate efficacy as much as previously thought.
• Seedling emergence can occur after a single large summer rainfall event, however establishment and survival rely on several large follow-up events.
• Almost all seedlings die during winter, probably due to cold and short days, even before the first frost. Occasional survivors are, however, are very significant for spread.
• Several native and introduced pest insects were found to attack SLN at Parilla and investigations will continue.
• The silverleaf nightshade leaf beetle (Leptinotarsa texana) appears to be suited to South Australian conditions, and has a good chance of controlling SLN, if released. Research into this beetle is continuing. Growers can find more information at: http://www.sagit.com.au/biological-control-optioninvestigated-problem-weed