A trial was conducted at Bute, on the northern Yorke Peninsula, to test the effectiveness of Sulphate of Ammonia (SoA) and gypsum in improving crop performance in both sandy and clay loam soils.

Despite no visual indicators of deficiency, both SoA and gypsum improved yield in lentils in a dry 2015 and in wheat in a wet 2016. There was no significant difference between the two products in the clay loam swale, though SoA gave a higher residual soil benefit. In the sand, SoA was effective at increasing crop yield, though gypsum provided more residual soil effect.

Over the past decade various crops have suffered from sulphur deficiency in the Northern Yorke Peninsula. SoA and gypsum are both ready available sources of sulphur in the region.

The aim of the project was to establish sound practices of managing sulphur over a medium-term time frame in both sand dune and clay loam swale environments.

A trial site was set up at Bute on the northern Yorke Peninsula. The site had low sulphur levels and a dune/swale environment typical of the region.

The initial scope of the project included three years of trials however the first season, in 2014, suffered from several challenges including herbicide damage on lentils, a freshwater soak and a dry finish, leading to limited results and a new site being chosen for the trial in 2015.

Various addition rates of SoA and gypsum were applied to lentils in 2015 and wheat in 2016, with some treatments occurring both years and some only in 2015.

The 2015 season was dry, with a warm spring, which affected all plots. Discussion with nutrition experts Nigel Wilhelm and Mike McLaughlin indicated that the harsh finish may have reduced the nutrition response, with soil moisture limiting crop growth.

In contrast, the 2016 season featured above average rainfall and high yields.

Soil testing in March 2015 showed low initial levels of sulphur. Both treatments increased the sulphur levels compared to the control, with gypsum having more effect in the sand dune while SoA provided more residual sulphur in the clay loam swale.

Additions of sulphate of ammonia and gypsum were tested on crop growth, yield and soil test results in 2015 and 2016. 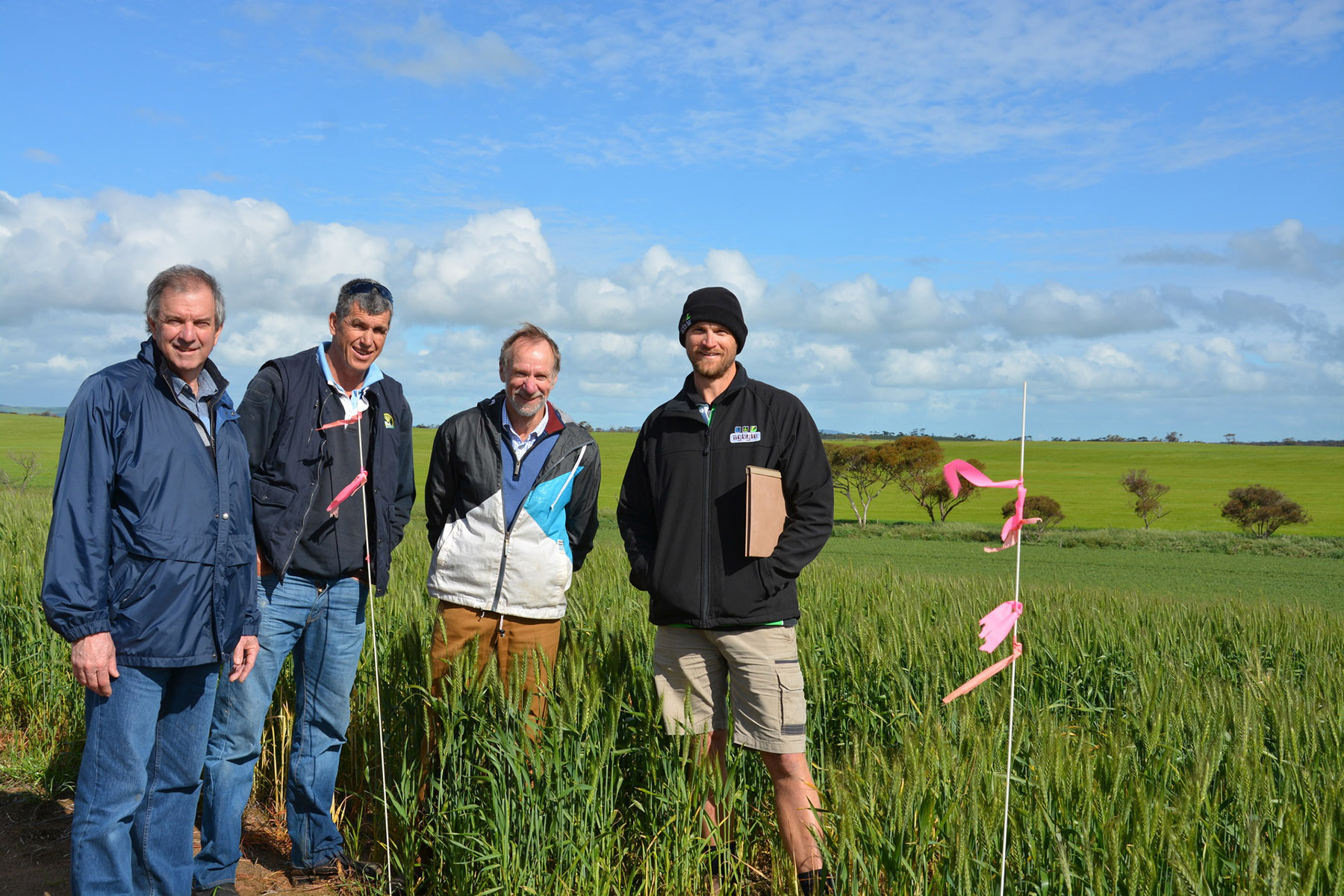 • In two contrasting seasons, both gypsum and SoA improved crop yield in clay loam soil, with SoA providing a higher residual benefit as measured by soil tests.
• SoA was effective in improving crop yields in the sand dune, however it did not appear to provide much residual soil benefit, so it is expected annual application may be more effective than larger applications less frequently.
• Both gypsum and SoA resulted in higher residual sulphur levels after the trial, demonstrating they are both capable of preventing sulphur deficiencies.
• Cost effectiveness will vary depending on the cost and availability of SoA and gympsum.
• Increases in yield were gained even where there were no visual signs of deficiency during the growing season.
• Regular soil testing can provide information on sulphur levels before deficiencies are visible, to allow maintenance control and prevent yield losses.