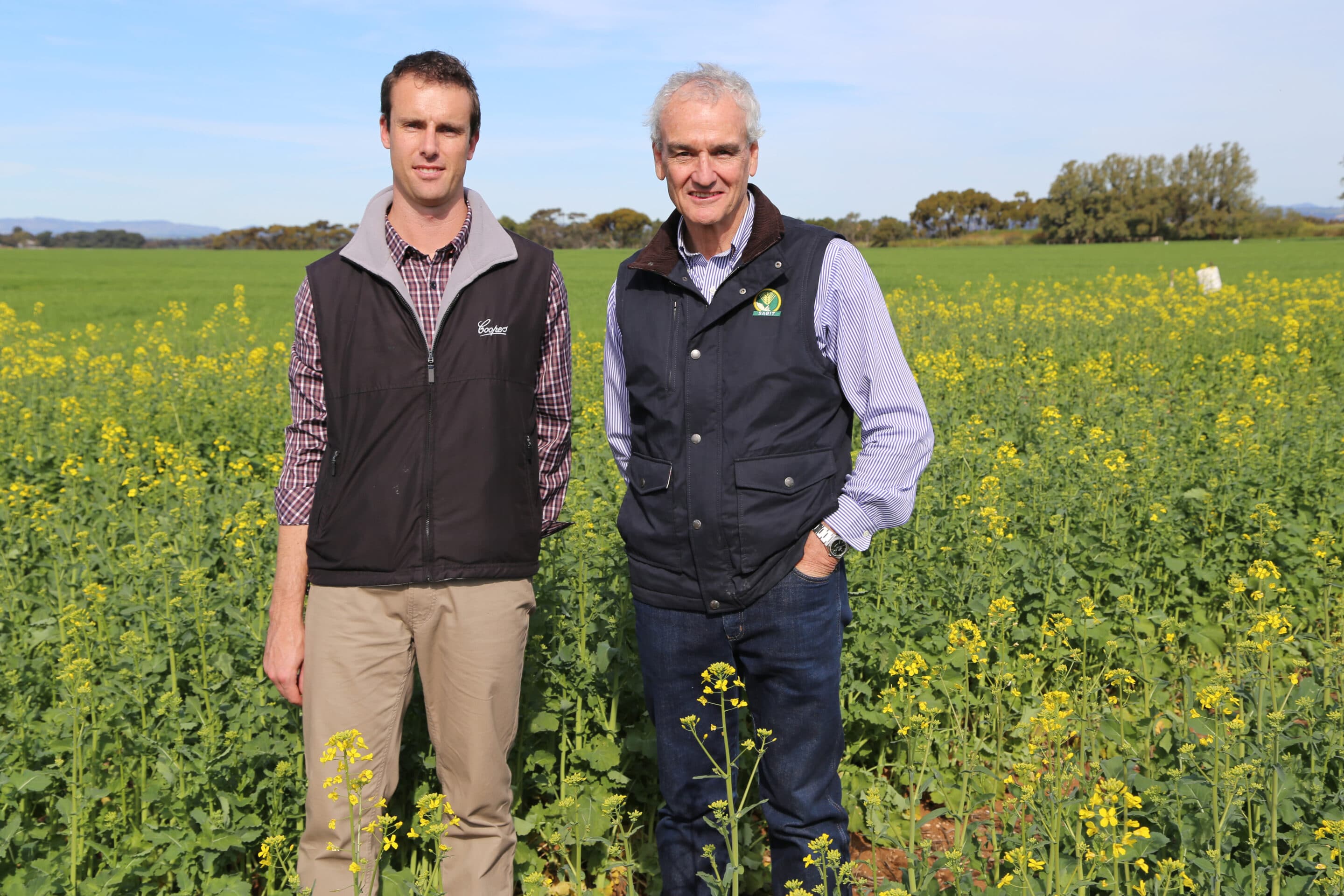 Applications of clethodim were found to strongly influence the growth and development of canola, ultimately impacting on grain yields and quality. The rate and timing of applications had a large impact on the severity of damage and yield losses to canola.

Clethodim has become an important herbicide in the control of annual ryegrass in southern Australia. In recent times, label rate changes have occurred to enable higher rates of up to 0.5L/ha to be used for increased levels of weed control in canola, pulses and pasture legumes. Since the use of this higher rate, a number of crop effects have been reported in canola. This includes delayed flowering, distorted flower buds and reduced grain yields. Factors that influence crop effects include herbicide rate, crop stress at herbicide application, timing of application and varietal differences in tolerance.

Given the widespread importance of the use of clethodim in the farming rotation and increased application rates, this project was established.

The primary aim of the project was to quantify the effects of increased application rates of clethodim on growth, development and yield of canola.

The research was designed to lead to a better understanding of clethodim tolerance in canola by determining the degree of grain yield losses occurring from its use. It was also designed to identify any varieties which show increased tolerance to assist in maximising farm productivity and profitability.

Field trials were conducted at three sites in 2013 and 2014 at Roseworthy, Yeelanna and Hart. Clethodim treatments used at trials at Hart and Yeelanna were:

Variety tolerance trials were conducted at Roseworthy. A range of conventional, Clearfield and Triazine-tolerant varieties were tested.

Early applications at 4-leaf growth stage of up to 1L/ha were relatively safe as no significant yield reductions occurred in both seasons at Hart and Yeelanna. When applied at the 8-leaf growth stage, the 0.5L/ha rate caused no significant yield loss, but the 1L/ha rate caused yield reductions. Depending on the variety, yield was reduced by up to 13% at Hart and up to 25% at Yeelanna.

When clethodim was applied later again, at bud initiation, grain yields were reduced with up to 20% yield losses at 0.5L/ha and 40% at 1L/ha at Hart, and 30% at 0.5L/ha and 52% at 1L/ha at Yeelanna. It is evident that later application timings of clethodim significantly increase the risk of yield reductions and these losses can be severe. Splitting the applied rates over two applications improved the level of safety compared to one application at the 8-leaf stage.

From a visual damage perspective, a number of symptoms were observed. These included leaf colour changes, flower distortion and pod distortion. Chlorophyll/greenness readings were strongly affected by clethodim applications. Despite this, clethodim had no impact on biomass production, plant height or maturity.

Of the three varieties used in field trials – AV Garnet, ATR Gem and Hyola 474 CL – AV Garnet was more tolerant of clethodim. In the varietal tolerance trial at Roseworthy, there was a large range of variation in tolerance between varieties.

There was no improved tolerance in either of the conventional, Clearfield or TT variety groups, with individual varieties in each showing different tolerances. Variety selection will have a large influence on the yield losses that can occur if using clethodim at excessive rates or timings prone to causing damage.

Increased application rates of clethodim have created concern due to crop damage in canola. In addition, the timing of application has been shown to have an impact on yield and oil content.

This research has shown that clethodim can severely impact the growth, development and grain yield of canola. These effects are amplified with increasing herbicide rates and applications at later canola growth stages. Not all canola varieties are affected to the same degree.