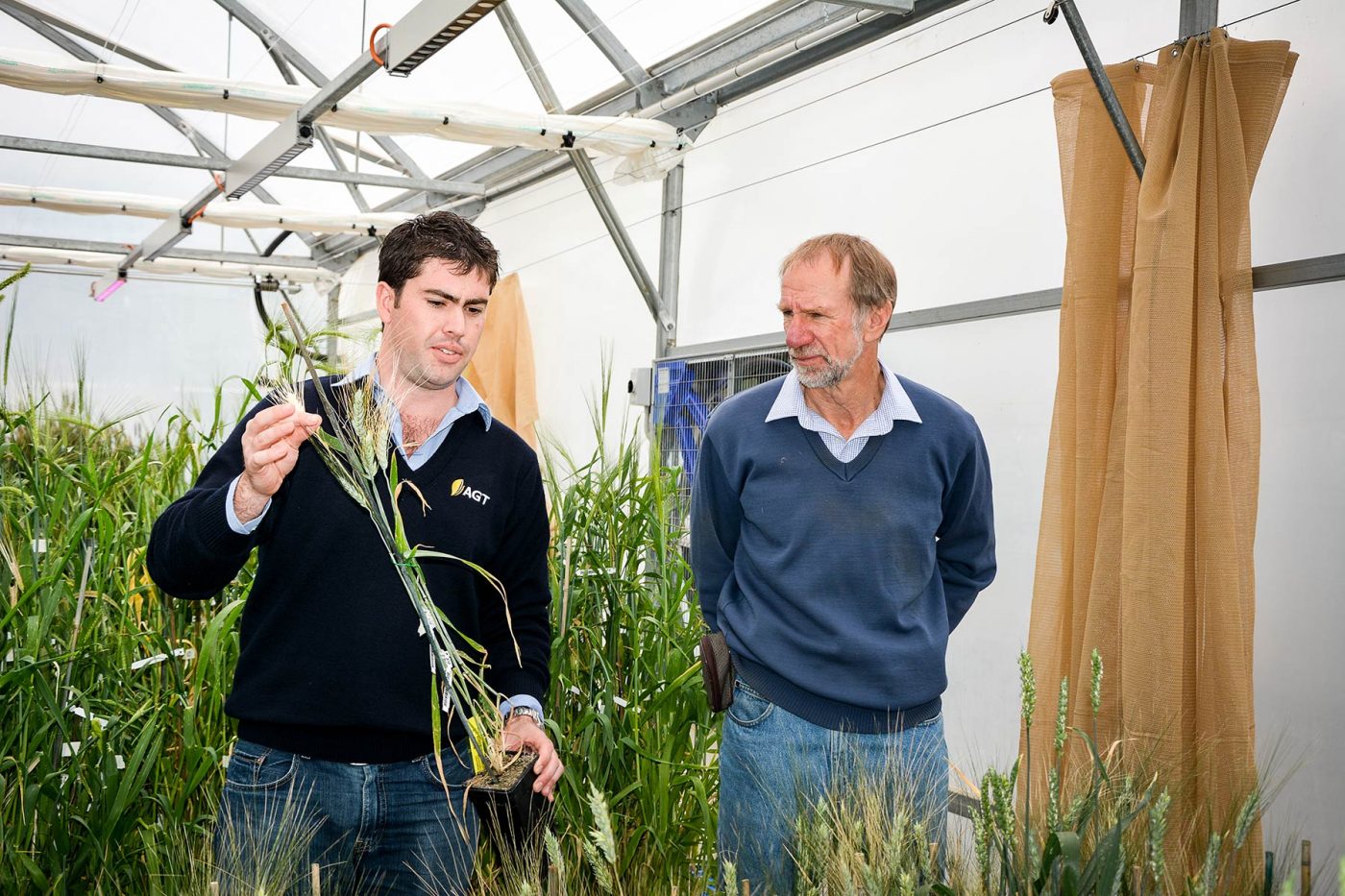 Trials were performed in-field at 13 locations across South Australia and Victoria, as well as in controlled environments, to improve the understanding of varietal heat stress tolerance.

The field work confirmed the negative impacts of heat stress on grain yield and found that varietal tolerance is complex and depends on the growth stage at which the stress occurs. For example, some genotypes showed above average tolerance at flowering but lower relative tolerance during grain fill. Genetic mapping is identifying molecular markers with promise for use as selection tools in breeding to develop new varieties with improved heat stress tolerance.

Heat stress has large implications on cereal production in South Australia with stressful temperatures during spring having large negative impacts on the grain yields achieved by producers.

Producing a truly heat stress tolerant variety that not only maintains grain yield but also minimizes physical grain quality defects will be difficult to achieve, but incremental improvements through an increased understanding of heat stress interactions with physiology, adaptation and genetic tools will have very real and significant impacts on improved varieties into the future.

The purpose of this project was to advance knowledge from previous heat stress research to assist breeders in developing varieties with increased heat stress tolerance for growers.

A set of 24 Australian genotypes with different levels of heat stress tolerance was grown at 13 locations in South Australia and Victoria in the 2013 and 2014 growing seasons, with climatic conditions calculated for every plot in each experiment during both flowering and grain filling.

Studies were also performed in controlled environments, where plants grown from local and exotic germplasm were stressed for three consecutive days, 10 days after the end of anthesis. This involved temperatures of 36 degrees Celsius and winds of 40 kilometres per hour.

QTL (quantitative trait locus) analysis was conducted on populations developed from these studies to attempt to determine genetic influences for heat stress tolerance. A QTL is a part of the genome that influences a quantitative trait, such as heat tolerance. This analysis was performed at three locations; Angas Valley, Roseworthy and Winulta, in the 2015 growing season.

Exotic lines were identified through the controlled environment testing that potentially provide novel sources of tolerance, and these were used to create populations that can be used to identify the genetic source of this heat stress tolerance.

QTL mapping of these populations identified eight QTL which were found to be significantly associated with field performance at all three sites, with a number of these significant enough to be targeted for further investigation.

This project confirmed that heat stress and its interaction with the growing environment in SA is extensive and complex.

Field trials showed that not only is heat stress a significant grain limiting factor, but also that varietal tolerance to heat stress can vary significantly depending on at what growth stage the stress occurs.

Genetic regions were identified which may influence heat stress tolerance, providing promise for selection tools in breeding to develop varieties with improved heat stress tolerance. Further projects (SAGIT project codes AGT115 and UA1415) have been initiated based on the findings from this project.