Pot trials were conducted on 91 oat varieties to study the variance in tolerance to sodic and saline soils, which represent a large proportion of South Australian soils.

The trials found a wide range in tolerance to these soil types, with many varieties growing higher yields under sodic and salinity stress than bread wheat and barley, showing that oats may be an underutilised cereal in saline and sodic soils.

Six oat varieties have progressed to field trials, including two current commercial varieties and a SARDI line close to release.

Sodicity, in addition to affecting soil structure, provides toxic levels of sodium that can reduce growth. Salinity, on the other hand, affects the process of osmosis that plants use to take up soil water, reducing water availability to the plants and consequently reducing crop growth.

The core objectives of the project were to:
• dentify oat varieties under controlled conditions that are potentially tolerant to sodic soils.
• Inform breeding decisions regarding genetic improvement for sodicity tolerance, enabling the recommendation of varieties adapted to sodic soils in SA. This will increase the profitability of oat production in current oat growing areas, and extend the range of oat production into marginal areas.
• Identify oat germplasm with sodicity tolerance, and prioritise for future development of populations for breeding and genetic mapping.

To identify oats with superior tolerance to sodic and saline-sodic soils, two pot trials were conducted under controlled conditions. In the first, 78 international and 13 domestic varieties were screened for sodicity, and in the second, the most interesting 16 varieties from the first trial were tested more rigorously for growth under sodic and saline conditions.

• Biomass of oat varieties varied by a factor of three under sodicity in trials one and two and a factor of two under salinity in trial two.
• The most promising oats for saline-sodic tolerance were SARDI 06204-16, Wintaroo , Mulgara (Australia) and Huazao 2, Urano and Bountiful (overseas). These include milling and feed grain/hay varieties.
• Most oats tested in trial two gave higher yields under stress than bread wheat, durum wheat, triticale and barley.
• Most varieties were high sodium accumulators, but two varieties, Urano from Chile and Mulgara from Australia, were low in sodium.
• Wintaroo , which grew well under control, sodic and saline conditions, was also the highest sodium accumulator, which suggests a potential role in remediating saline-sodic soils.
• Oat varieties Mitika , Durack and Brusher did not grow well under sodic/non-saline conditions, most likely due to poor tolerance of leaf tissue to high sodium. Tungoo did not grow well under saline conditions which is likely due to inefficient osmotic adjustment, the ability to extract water from a salty soil.

More than half of SA agricultural soils are sodic or saline-sodic, limiting the ability to grow a range of crops including oats.

A range of oat varieties were tested for tolerance to sodic and saline stress. 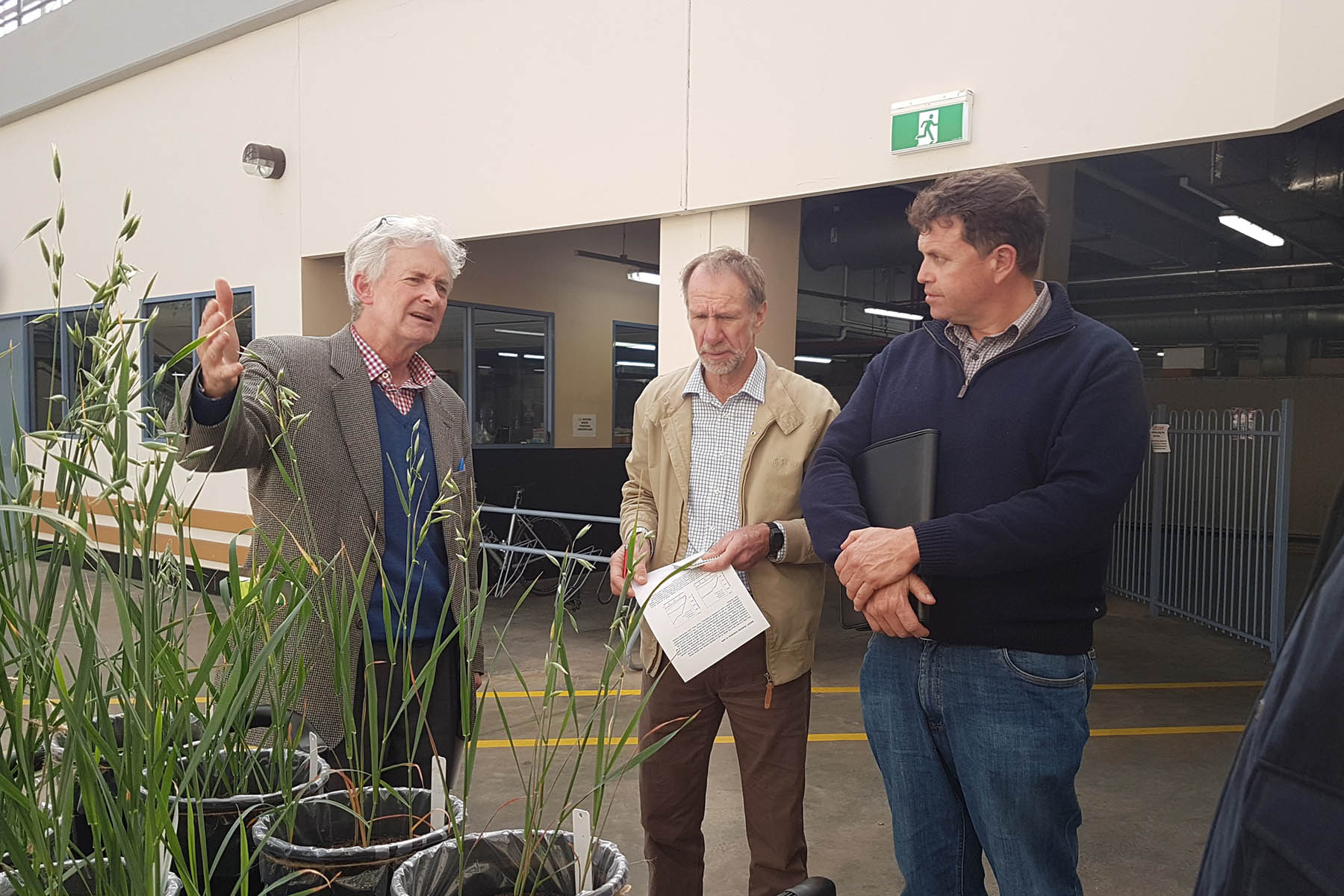 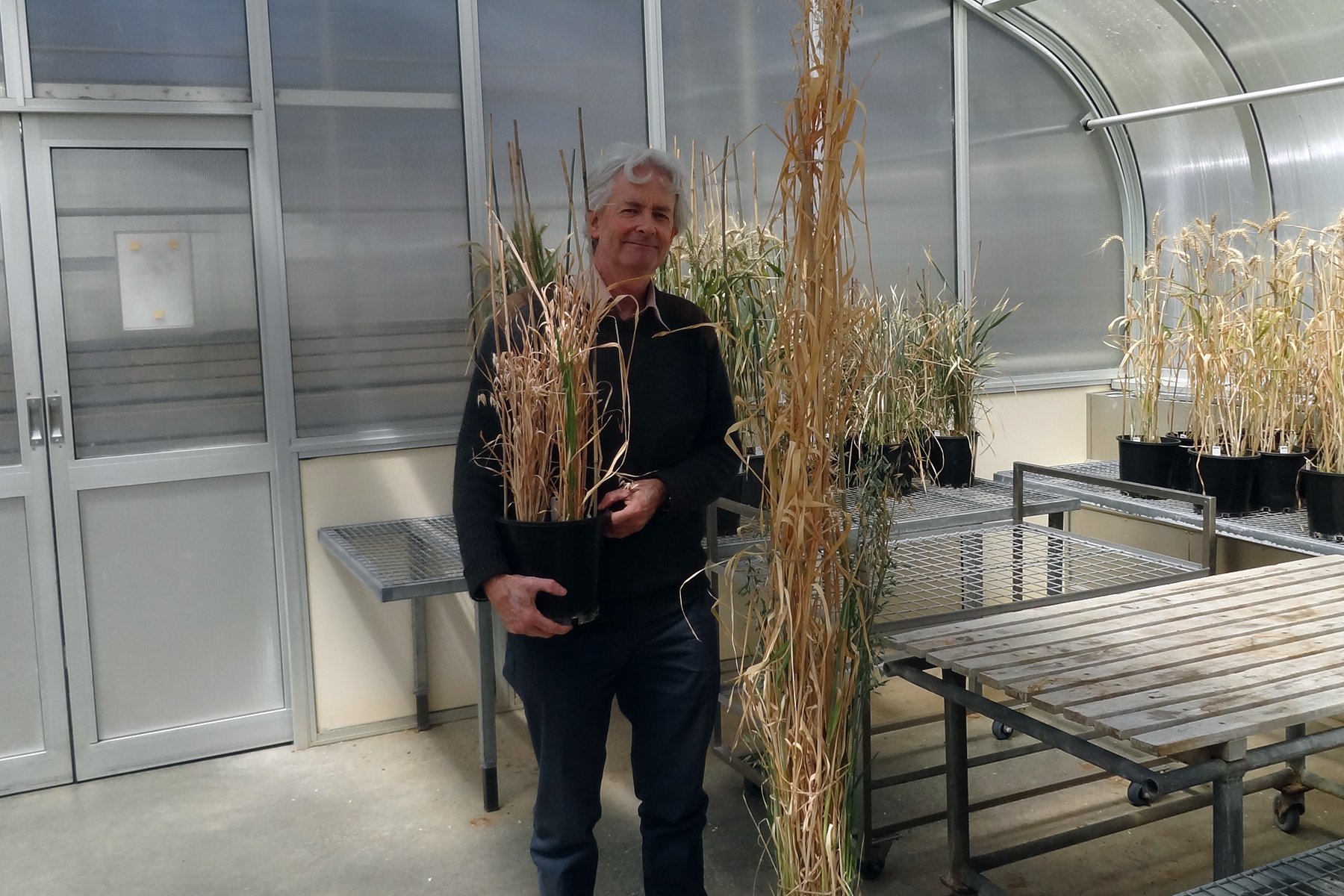 The results of these trials indicate that oats are an underutilised cereal option for saline and sodic soils.

The wide range of responses to sodicity and salinity suggests there is useful variation within oat genotypes to improve breeding outcomes for South Australian soils.