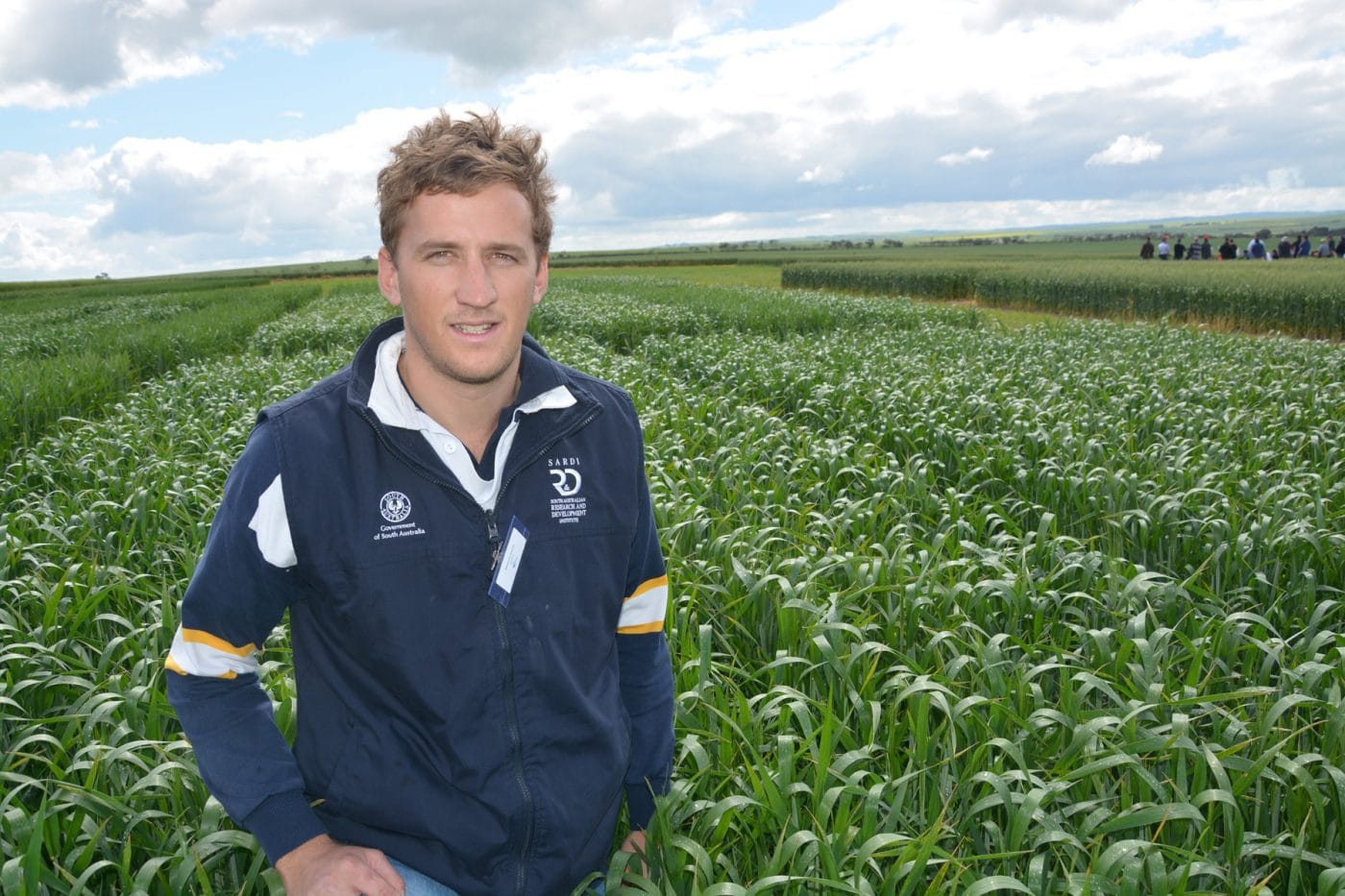 This project discovered an integrated approach to improve grass weed control in durum wheat by providing detail on the best pre-emergent for use in durum wheat, benefits in increased seeding rates and larger seed size and the competitive ability of different varieties.

The South Australian durum industry is set to benefit from recent new variety and pre-emergent chemical releases. The purpose of this research was to confirm and renew existing practices for weed control in durum wheat taking into consideration varietal competitiveness, pre-emergent chemical application, seed placement and seed size.

This research has provided durum growers in southern Australia with information that will enable them to increase production and assist in controlling weed populations.

The aim of the project was to investigate:

Over the three years of the project, several different field trials were conducted at sites including Bordertown, Tarlee, Hart, Paskeville, Roseworthy and Turretfield. Trials were conducted by SARDI New Variety Agronomy staff based at Waite with assistance from the South-East and Clare NVA groups.

In 2012, the trial at Hart suffered from severe crown rot infection, resulting in reduced yields and increased trial variability; however the weed competition data was still very useful.

In 2013, a small extension trial at Paskeville suffered from a seeding issue that influenced some of the treatments. This experiment was re-sown at the Turretfield Research Station to ensure reliable data could be produced.

In 2014, best practice grass weed control field trials were conducted at four sites. One of these trials, at Hart, was mostly successful while sites at Turretfield and Bordertown were harvested with ryegrass, but crop growth measurements taken throughout the season showed inconclusive results due to poor seasonal conditions. The remaining site at Tarlee was abandoned due to delayed seeding, water logging and herbicide damage.

Results were summarised and findings were presented to the Durum Growers Association committee annually, published into relevant farming system magazines, and presented to farmers at the annual durum growers’ forums.

The key finding is the best and most effective pre-emergent chemical to use before sowing. Sakura®, popular with wheat growers, causes significant damage to durum wheat and is not recommended for use with durum. Trials found that Boxer Gold® is the best choice for pre-emergent chemical application in durum wheat. This however was still found to cause some seedling mortality.

In 2012, the Paskeville trial was used to assess the potential for crop recovery from herbicide damage using improved plant nutrition, for example, extra applied nitrogen and trace elements. The results showed that the improved nutrition treatments did not offer any benefit to crop safety or growth recovery compared to un-fertilised treatments.

An additional trial at Paskeville showed the potential to improve crop safety by using larger seed and sowing it below the herbicide band.

Trials at Hart and Tarlee in 2013 focused on reducing weed seed set using competitive varieties, seeding rates, and other management strategies such as row spacing and seed bed utilisation. The results suggest there are significant differences in varietal weed competiveness.

A trial in 2014 at Hart compared DBA Aurora to Mace wheat to see how the two crop types fared against each other. This trial was used to demonstrate that under best practices, durum can compete with weeds in a similar manner to bread wheat. This trial was also designed to show the effects of increasing seeding rates and using different seed placement systems.

Increasing seeding rates to 300 plants/m² increased competition and reduced ryegrass numbers compared to 100 plants/m2 and 200 plants/m² respectively. The use of these higher seeding rates and using a larger seed size also helped to reduce the impact of pre-emergent herbicide damage without compromise to grain quality.

Durum and bread wheat react differently to common chemicals used to control grass weeds. Hence it was important to discover how durum responds in order to provide information to growers on how best to manage grass weeds in durum wheats.

The project aimed to develop a new and integrated approach to improve grass weed control in durum wheat. This was done by developing a set of agronomic management protocols that improve the effectiveness and benefit of commonly used herbicides and the herbicide safety of common durum varieties. 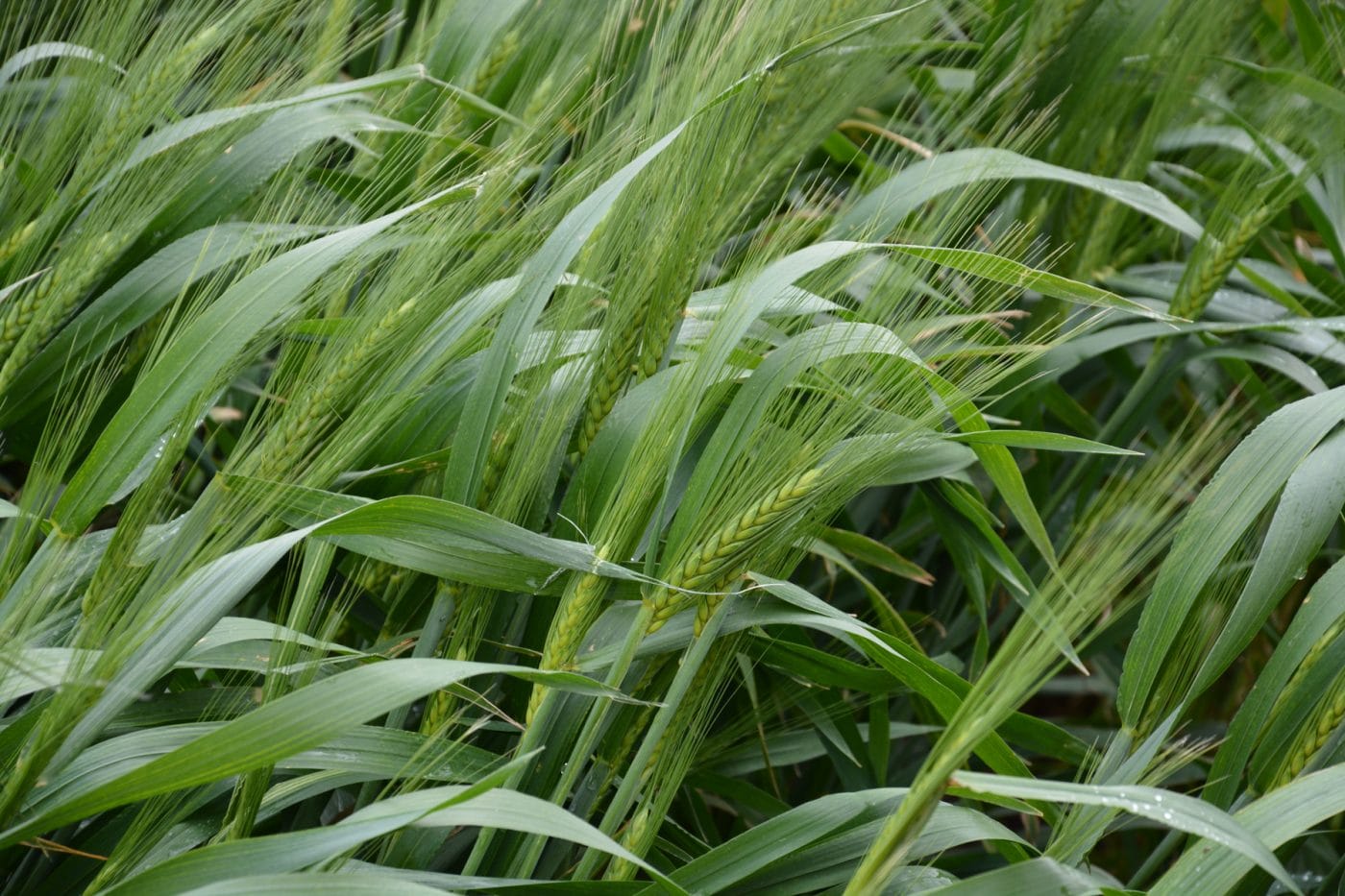 In summary, the key findings of the research are: